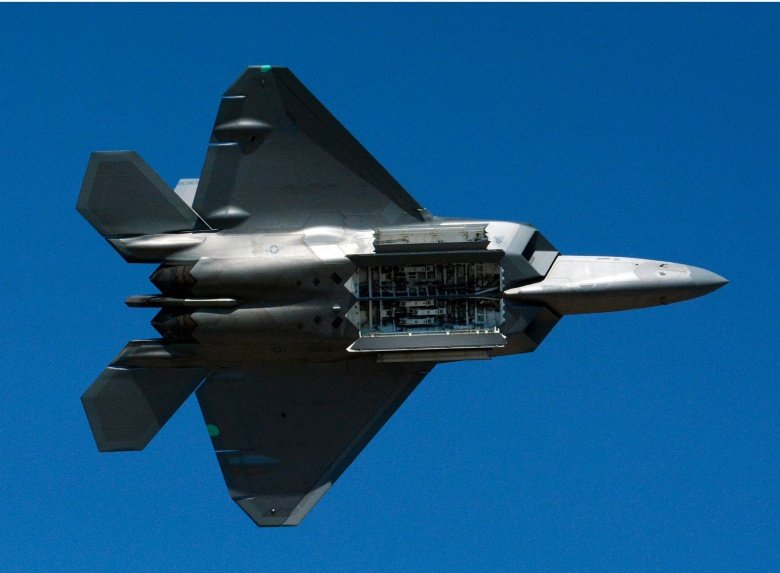 In late June, the Japanese ministry of defense made its initial request for information on next-generation jet fighters from manufacturers, kickstarting the long process of replacing the Japanese Air Self-Defense Force’s Mitsubishi F-2 multirole fighters with a new “F-3.”

But as Tokyo looks to counter an increasingly sophisticated Chinese air and naval threat, none of the existing aircraft that are currently available for purchase seems likely to fit Japan’s needs.

What Japan really wants is the American F-22. Legally barred from buying that plane, Japan’s likely next-best option is to design and manufacture a new stealth fighter entirely on its own. It’s a weighty decision with huge implications.

On June 24, Aviation Week assessed Japan’s X-2 fighter research program — a kind of precursor to the F-3 effort—and posited that Tokyo is looking for “a large, twin-engine aircraft with long endurance and internal carriage of six big air-to-air missiles.”

Although this is a plausible interpretation of Japan’s needs, if true it means that Tokyo could ditch the F-2’s strike-fighter role and focus its next warplane on fast, long-range interception. In other words, Japan’s air force could shift away from ground-attack missions and devote more effort to waging war against other planes in the air.

Jane’s Defense Weekly also reported on the request for information, estimating that Tokyo’s new fighter project could produce a fleet of up to 100 F-3 aircraft, whatever type the government chooses.

As of the time of writing, the only Japanese coverage of this story comes from a translation of a Reuters article on the same issue dated June 30. According to the Reuters piece, the Defense Ministry in Tokyo asked Boeing and Lockheed Martin to pitch their products for the new fighter program. Reuters estimated the potential contract to be worth up to $40 billion.

The Mitsubishi F-2 is a mutt. Its designers crammed Japanese research into the body of an American F-16 to produce platform that hasn’t ever flown in actual combat. And with a price tag of $171 million dollars per plane—four times as much as an F-16 — it didn’t come cheap. Tokyo maintains 94 F-2s.

The F-2 is a multi-role fighter. At the annual Fuji Firepower event — when Japan shows off its military might in the shadow of Mount Fuji — F-2s drop bombs and fly top cover for ground troops. Critically for an island country, the F-2 is also Japan’s go-to anti-ship fighter.

But if the rumors are true and Japan’s F-2 successor is to be a twin-engine stealth plane, then what will become of the F-2’s role in Japan’s current doctrine?

The answer to that question must be the F-35.

Japan committed to purchasing 42 F-35As in 2011 after choosing the controversial fighter to succeed Japan’s long-running F-4 Phantoms. The first four airframes are under construction in Texas and Italy and at Mitsubishi’s Komaki South Plant, and should arrive in Japan in 2017.

Lockheed designed the F-35 to replace a wide range of strike-fighters in the U.S. inventory. It wasn’t the natural choice for Japan’s Air Self-Defense Force — the ASDF had coveted Lockheed’s F-22 for years, but in 2006 the U.S. Congress extended an export ban, destroying the chances of Tokyo ever getting its own Raptors.

If Japan had been able to purchase the F-22, it would have traded in an old but very capable twin-engine multirole fighter — the F-4 — for a stealthy, twin-engine multirole fighter with world-beating air-to-air capability. Instead, Tokyo had to settle for the only other available fifth-generation fighter — the somewhat less-capable, single-engine F-35, which Lockheed has always intended for export and which Congress has been eager to promote abroad.

A twin-engine jet typically makes for a better stealth jet as its engines are not only smaller, but also emit less detectable exhaust than a comparable single engine does — a factor evident in the comparative stealthiness of the F-22 relative to the F-35.

Any way you look at it, the F-35 is a worthy replacement for the F-2 and F-4, but with just 42 aircraft replacing around 90 F-4s, Japan is running up a fighter deficit. Delays in choosing the F-35 and further delays in actuallygetting the planes are pushing Japan’s existing fighters to the brink.

The F-15 — Japan has around 150 of the powerful fighters — is currently solely responsible for protecting Japan’s air space from escalating Chinese probing. In Japanese service, the venerable F-15 has benefited from several service-life extension upgrades, as has the F-2 — but the gap left by the F-4’s retirement fleet isn’t going away any time soon.

Even if Jane’s figure of 100 new F-3 aircraft is correct, it would still leave Japan short of jets.

For now, Tokyo seems to favor quality over quantity. Stealth and capability will have to compensate for ever-increasing development costs. If, as Aviation Week posits, the F-3 turns out to be an air-supremacy fighter like the F-15 is, then just 42 F-35s will have to do the work of not only two F-4s, but also two F-2s.

And in that case, Japan’s F-35s will likely function not only as air-to-air fighters, but also as ground-attack aircraft. Tokyo apparently still wants a fast, stealthy, air-to-air fighter to complement the F-35 and upgraded F-15 and go head-to-head with China’s own, increasingly capable fighters.

To understand why Tokyo wants to improve its counter-air capabilities, you need only look at how quickly China has become a major threat to the Ryukyu island chain.

During the Cold War, Japan’s forces faced north to defend against the Soviet Union. But Japan was slow to adjust to the post-Cold War environment, keeping those northern forces in place even as tensions decreased between Moscow and Tokyo.

Throughout the 1990s and early 2000s, the Japanese Self-Defense Forces struggled to justify their existence to the public — taking on peacekeeping missions, international disaster and humanitarian relief operations and even engaging in anti-terrorism and nation-building operations in the Middle East.

But in 2010, after years of growing concern among Japanese conservatives, the Ministry of Defense found its new threat. That year’s National Defense Program Guidelines highlighted China’s blue-water navy ambitions, its interest in anti-access and area-denial weaponry and its fresh interest in the disputed Senkaku islands.

While Russian antagonism has fluctuated over the years, Chinese aggression has gotten worse and worse. Between April and June 2016, Japanese F-15s have taken to the skies approximately 200 times to intercept aircraft from China, a significant increase over the 114 events over the same period last year.

With this counter-air defense role featuring so prominently in Japan’s day-to-day military activities, fast, long-range interceptors have become the workhorses of the Air Self-Defense Force. Today one of the primary missions of the contemporary Air Self-Defense Force is to respond to these approaching Chinese aircraft.

Japan now stations 40 F-15s at Naha Air Base in Okinawa — up from 24 in 2010. Naha is a far-from-perfect staging ground for these emergency deployments — the Air Self-Defense Force shares its runway with the principal civilian airport for the Okinawan region.

Although the government has considered building an air base on one of the smaller islands close to the Senkaku islands, the existing military burden on these environmentally-rich environments is already enormous.

Naha’s F-15 pilots were, until recently, lucky to see any action in a given year, but now they scramble more than once a day to intercept aircraft heading toward Japan’s Air Defense Identification Zone. From takeoff, it takes 20 minutes for the F-15s to travel the 255 miles of sea between Naha and the disputed islands in the East China Sea.

Their adversaries are increasingly fighter jets, rather than the reconnaissance planes Russia tended to deploy in the north.

With China focused entirely on these outlying islands, a twin-engine long-range fighter makes perfect sense for Japan — although a strike role is not entirely out of the question. The increased payload benefits of two high-class engines — such as the IHI XF-5 engines Japan has developed for its future fighter program — could allow an F-3 to conduct ground-attack missions in support of amphibious forces.

With armed warplanes facing off against each other, the tension is unmistakeable. The former head of the Japanese Air Support Command recently wrote in an online news column that a Chinese fighter had threatened an F-15 during an intercept sortie on June 17, 2016.

To be fair, the Ministry of Defense has denied that any “extraordinary action” by Chinese aircraft took place.

But a day later on June 18, Adm. Katsutoshi Kawano, chief of the joint staff, told reporters that “it appears that Chinese activity is escalating at sea and in the air.”