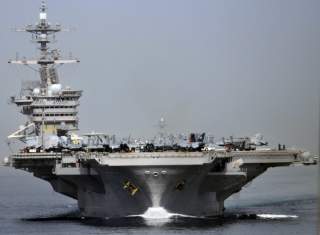 In this last quarter of the Obama administration, U.S. leaders have a critical opportunity to make progress on a host of policies vital to strengthening the U.S. position in Asia. While the Trans-Pacific Partnership will rightfully dominate the domestic debate in early 2015, an equally important debate is occurring in the halls of the Pentagon and Capitol Hill one between visibility and vulnerability.

This tradeoff is critical because the value of visibility and the danger of vulnerability differ in peacetime and wartime. In peacetime, U.S. forces are most useful when they are most visible. Visible forces reassure allies and partners while deterring potential adversaries. Yet, visibility comes at a cost – increased vulnerability. Publicly sailing a carrier strike group into a disputed area can be a strong signal of resolve, but in wartime such actions open these forces to attack. Therefore, while U.S. leaders seek to maximize visibility in peacetime, they often attempt to minimize vulnerability is wartime.

The capabilities that maximize visibility and those that minimize vulnerability are quite different; sequestration is forcing U.S. leaders to choose between them. How should leaders in Washington decide in which capabilities to invest? One way is to examine the range of possible conflict scenarios and assess the advantages and disadvantages of visibility and vulnerability in each. Three types of potential Asian conflict scenarios—arrayed on a spectrum from peacetime to wartime—are particularly instructive: low-level coercion, short war, and protracted war.

Low-level coercion, such as China’s ongoing efforts in the East and South China Seas, sit between peacetime and wartime. Because low-level coercion does not fit cleanly into the black and white categories of war and peace, some experts refer to these conflicts as “grey zones.” In the grey zones, visibility is valued because U.S. allies want Washington to demonstrate its resolve both to their publics and their adversaries.

Short wars require a different set of capabilities. In short wars, striking first and striking hard is vital, so forces must be resident in the region. In such conflicts, visibility can be a danger, opening forces to attack. Yet, visible strength can also deescalate conflict. Furthermore, although vulnerability is a risk in these situations, some degree of vulnerability is required as surging forces into a conflict zone puts U.S. forces at risk. Thus, in short wars a balance between visibility and vulnerability is necessary.

Protracted wars, on the other hand, typically advantage the least vulnerable forces. As the World Wars demonstrated, protracted wars often turn into economic contests. During such conflicts, units that can be seen can typically be struck, making visibility dangerous. Such conflicts therefore necessitate platforms that are hard for opponents to find.

How do these different types of conflicts and capabilities shape the 2015 debate? Briefly examining trends in military investments in the two most likely contestants in instructive, particularly because the United States and China have been headed in opposite directions.

The United States has long relied on highly visible forces to demonstrate resolve. Visible forces have reassured allies and deterred adversaries by committing the United States to involvement if a conflict were to occur. Increasingly, however, anti-access/area denial capabilities (A2/AD) have exacerbated the vulnerability of visible forces, such as forward deployed bases and platforms. Therefore, the Pentagon has increasingly invested in minimizing vulnerability, such as submarines and stealth.

China, on the other hand, has long sought less vulnerable forces. Chinese A2/AD systems, such as its missiles forces and submarines, limit China’s vulnerability to a U.S. strike. Recently, however, Beijing has sought to acquire more visible power projection forces such as aircraft carriers. These visible platforms are intended to coerce Chinese neighbors, even if they risk increased vulnerability.

These opposing trends in U.S. and Chinese military investment have important implications for potential contingencies in East Asia. The decrease in the vulnerability of U.S. forces is helping Washington to prepare for a protracted conflict. Beijing, on the other hand, is building more visible forces ideal for grey zone conflicts. As a result of these investment trends and policy choices in both countries, China has been successfully pressuring its neighbors on maritime disputes. U.S. leaders, therefore, are starting to ask how the United States can better address grey zone coercion.

The leadership at the Pentagon is well equipped to deal with this dilemma, but these leaders cannot avoid the choice between a more visible force and a more vulnerable one. Worse still, sequestration has tied the Pentagon’s hands and forced the United States to accept increased risk across the entire conflict spectrum. Moreover, requirements for deterring a resurgent Russia and combating Middle Eastern insurgents will compel the United States to invest with other regions in mind.

As the U.S. debate on Asia heats up in early 2015, regional leaders will be watching closely. Allies such as Japan, South Korea, Australia, and the Philippines are looking for a more visible U.S. presence. Meanwhile, many U.S. defense experts focused on the military threat from China are pushing for a less vulnerable force. This presents a challenge for leaders in the Pentagon and on Capitol Hill. The next six months are a critical window during which bipartisan cooperation on defense capabilities is possible, but a coherent U.S. strategy for Asia must include a strategy to harvest the benefits of visibility while mitigating the dangers of vulnerability across the full conflict spectrum.

Zack Cooper is a fellow at the Center for Strategic and International Studies and a doctoral candidate at Princeton University. He focuses on Asian security issues and previously served on staff at the National Security Council and in the Office of the Secretary of Defense.

This appears thanks to CSIS. This piece first appeared on the new CSIS Asia Maritime Transparency Initiative website here.