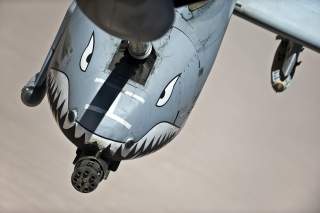 Will the F-35s current and future line up of weapons, coupled with its sensors and ISR technologies enable the aircraft to out-perform the A-10 warthog when it comes to Close Air Support Missions.

A recent report in Military.com says the Pentagon has been directed by Congress to conduct a series of continued A-10 vs. F-35 weapons tests into next year, a development which could very well lead to an official "fly-off" between the two.

By the early 2020s, the F-35 is slated to be configured with a next-generation Small Diameter Bomb II.