America’s War in Afghanistan Is Not Over—It’s Expanding 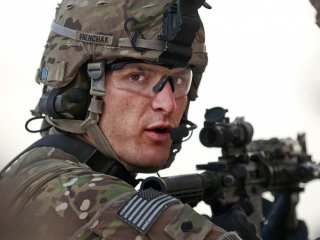 On February 1 a Taliban suicide bomber blew himself up at a police office in Kabul, killing 20 people and wounding almost 30 others. This latest attack occurred just days after President Obama’s nominee as the commander of U.S. forces in Afghanistan, Lieutenant General John Nicholson, testified at his confirmation hearing before the Senate’s Armed Services Committee. He was confirmed on February 4.

Nicholson’s performance was impressive and the committee members had only praise for his work. His professional experience in Afghanistan makes him uniquely qualified for the job, having been deployed to Afghanistan a number of times, including as the Chief of Staff of Operations for the International Security Assistance Force and U.S. Forces Afghanistan in 2010–12. In a strange twist of personal history, his great-great uncle was a brigadier in the British Indian Army based in Peshawar in the 1850s. He was highly respected among the same Pashtun tribes that Nicholson would likely deal with if confirmed in his appointment.

General Nicholson’s hearing came at a fitting time due to the changing mood among the top U.S. military commanders that the U.S. should commit to maintaining troops in Afghanistan for decades. And in light of the senate hearing, it appears that several members of the Senate committee—notably its chairman, Senator John McCain—are leaning in that direction.

Importantly, General John Campbell, the U.S. commander whom Nicholson would replace, has warned the same Senate committee in no uncertain terms that the situation in Afghanistan could deteriorate if the United States doesn’t further extend its military commitment to the country. Last October, General Campbell declared that the Afghan forces “cannot handle the fight” without U.S. air support and the assistance of special operations.

As it stands now, the plan is that the U.S. will reduce its 9,800 troops down to 5,500 by the end of the year. The original plan was that, except for a small residual force protecting the U.S. embassy, all U.S. forces would be out of Afghanistan by the end of 2016. Campbell was instrumental in President Obama’s decision to change this timeframe.

So how bad is the situation in Afghanistan today? According to the Pentagon’s report to Congress in December 2015 (PDF), the overall security situation in the country in the second half of last year “deteriorated with an increase in effective insurgent attacks and higher Afghan National Defense and Security Forces and Taliban casualties.” Analysts in Afghanistan support this dire assessment. So not only is the Taliban controlling more territory today than it ever did since being ousted in 2001 and Al Qaeda is far from defeated in Afghanistan, but militants aligned with the Islamic State have also grown in numbers. As a result, casualty rates among Afghan security forces have increased significantly, especially since 2015 when they took sole responsibility for the security of the country. In 2014, some 12,500 Afghan soldiers and police were killed or wounded. In 2015 this rose to 16,000. Those high casualty levels simply aren’t sustainable in the long-term.

In his written response to questions from the Senate committee and during the confirmation hearing, General Nicholson agreed that the security situation in Afghanistan was getting worse. As expected, he also concurred with Senator McCain’s assertion that troop levels should be determined by conditions on the ground and not by an artificial timetable (read the political cycle). Nevertheless, General Nicholson stressed that he would want to conduct his own assessment during the first three months of his new command before making any recommendations to President Obama about the required troop levels post-2016.

It’s likely General Nicholson will argue that the present troop commitment shouldn’t be reduced. Moreover, given the mood among the top brass, he could even consider recommending either an increase in troop levels or a longer-term commitment. However, it’s unlikely that Obama—who wants to be remembered as the president who pulled the United States out of two wars, will consider such an ‘extreme’ option.

Such an option would make sense militarily (providing more military backbone to the Afghan security forces, and sending a message to the Taliban that it’ll have to deal with the United States in its quest for power), psychologically (giving the Afghans a sense that they are not being abandoned) and diplomatically (countering the line, especially from Pakistan, that America is walking away Afghanistan and the region).

Either way, President Obama will need to make a decision before mid-year. The path he chooses will inevitably have an impact on the troop commitments of other NATO members and partner nations which now stands at about 6,000 personnel. Given America’s important role in Afghanistan and leading role in NATO, were the United States to commit itself to a long-term stay beyond 2016, this would have a positive impact on other NATO countries’ continued commitment to Afghanistan.

Afghanistan’s security situation wouldn’t be the problem it is today were it not for the fact that the Taliban and their fellow ideological travelers can continue to cross over with impunity from their hide-outs in Pakistan. And although that has become somewhat less of a problem since the Pakistan Army launched operations in pursuit of the various militant groups along the border in June 2014, the porous frontier region remains a critical factor in the Afghan security forces’ inability to defeat this ruthless enemy.

The long-term hope is that a peace accord can be reached by the Taliban and the Afghan government. The United States, China and Pakistan have recently begun such a peace process, but these are early days yet. Tentative talks between the Afghan government and the Taliban had begun in July 2015. However, these were abandoned in August when it was discovered that the Taliban leader, Mullah Omar, had been dead for the last two years.

However, given the Taliban’s ongoing success on the battlefield, there’s little incentive for them to enter into serious negotiations soon. In the meantime, it will be essential for America and its partners to maintain a military presence in Afghanistan until it can fully defend itself, something that, according to General Campbell, mightn’t be achievable until 2024.

Claude Rakisits is a senior fellow at Georgetown University’s School of Foreign Service. He’s also a Director at PoliTact, an advisory firm that focuses on developments in the Middle East and South Asia. This article first appeared in the Strategist.