Are China and Taiwan Heading Towards Conflict? 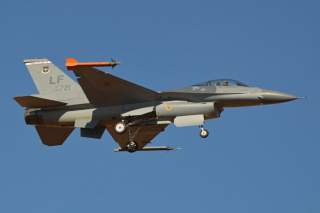 Deng Xiaoping once proclaimed that China could wait for 100 years to reunify with Taiwan if necessary. More recently, former Chinese leader Jiang Zemin started to articulate that China would not wait forever, but lacked the capacity to back up the implicit threat. While President Xi Jinping has made greater efforts to push for political dialog, what is clear is that he is more confident in resolving the Taiwan issue on Beijing’s terms.

In the middle of 2016 Xi argued that the Taiwan issue is the only incomplete part of the CCP’s mission for national unification. Linking the great rejuvenation of the Chinese nation and the national unification issue, Xi has pushed for a resolution with Taiwan. Xi has implied a timetable for the resolution: if not in 2021, it has to be resolved by 2049, precisely 100 years after the founding of the PRC.

Beijing’s impatience has come primarily due to the following three developments. First, China’s leverage over Taiwan has increased immensely. As the second largest economy in the world, China has increasingly drawn Taiwan into its geopolitical orbit. Taiwan’s economic dependence on the mainland has given Beijing power to push for deeper political ties.

Second, China’s re-emergence as a great power has enabled the country’s leaders to settle the Taiwan issue on their own terms. For many years, Beijing’s Taiwan policy faced the dilemma of achieving two often contradictory goals: first, to stop Taiwan’s independence and second, to deter and prevent military conflict across the Taiwan Strait from damaging modernisation efforts.

It has now become less difficult for Beijing to coerce at the expense of economic development and modernization efforts. Using its economic power to squeeze Taiwan’s economy, Beijing hopes to turn voters against President Tsai and the Democratic Progressive Party. This strategy seems to be working. A survey in late August indicated that public satisfaction with the Tsai government had fallen by 17.6 per cent to 52.3 per cent over the past three months.

Third, Beijing has abandoned Deng Xiaoping’s taoguangyanghui policy — hiding its capabilities, focusing on building national strength and biding its time — and is now forcefully pursuing its core national interests, which are now referred to as ‘the bottom-line of national survival’ and ‘essentially nonnegotiable’.

Taiwan is always included in the core interest issues of sovereignty and territorial integrity, which Chinese leaders have signalled they deem important enough to go to war over. Whereas Deng saw war as a last resort, state propaganda under Xi has shifted subtly in tone, hinting that force may be used to compel unification and not just to prevent a declaration of independence.

China has become increasingly able and willing to use military threats to pursue its core interest of national unification. The Chinese People’s Liberation Army (PLA) could easily destroy all strategic targets in Taiwan. Zhu Chenghu, a retired PLA major general, said in July 2016 that Beijing should abandon the illusion of a peaceful resolution, which it is currently projecting to Tsai Ing-wen, the Democratic Progressive Party and the Kuomintang. He emphasised that China’s unification has never been accomplished peacefully.

Speaking in a packed auditorium at Beijing’s Renmin University in June 2016, Jin Canrong, a professor at Renmin University, laid out a four-stage strategy of “observe, pressure, confront and conflict” to deal with Taiwan. Beijing would observe the Tsai administration’s behavior for half a year and then increase pressure. This would include unravelling the 23 trade, investment, aviation and tourism accords with Taiwan and resuming diplomatic war by taking away Taiwan’s remaining 22 diplomatic partners.

If Tsai still refuses to embrace the 1992 consensus in the last year of her first term, China would confront Tsai with explicit military threats. If Tsai is re-elected and continues this course in 2020, Beijing would wage war in 2021. At that time, China’s military capacity would have grown to a level that the US would not dare intervene. The Taiwan issue would be finally resolved.

While none of these statements necessarily speak for government policy, the militant threat of coercion is part of a popular nationalist call for flexing muscle and reclaiming China’s great power status — a call that played an important part in molding public opinion and winning sympathy in the high places of the Chinese leadership. Enjoying an inflated sense of empowerment, the Chinese leadership has become more willing to play to the popular nationalist gallery in pursuing its core interests. As a result, China’s military brinkmanship may turn the fragile cold peace into a hot crisis.

Suisheng Zhao is Professor and Director of the Center for China-US Cooperation at the Josef Korbel School of International Studies, University of Denver and Editor of the Journal of Contemporary China.