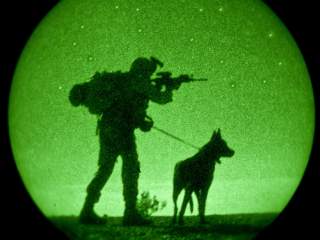 The United States has recently enjoyed the tactical benefit of fighting enemies incapable of matching the technological prowess of the U.S. military. The use of modern weaponry against relatively antiquated forces has led to successful operations on the battlefield, particularly against the Taliban in Afghanistan. The U.S. military’s high-tech upper hand relies upon the leverage of these technological disparities, and in turn, has fostered an inflated level of combat supremacy. This problem resonates from foot soldiers to the highest level commanders and planners.

Confidence in the reliability and accuracy of combat technology has not been an issue of concern for the United States during recent or ongoing conflicts. However, in the face of Russian aggression toward Ukraine and Chinese expansion in the contested South and East China Seas, the massive benefit of American technology will be limited during conflict with either competitor. Either country could match what the United States has seen as their unique advantage for the past twenty-five years. There are even certain technologies upon which the United States has relied that could be equally countered, or even rendered useless, by the modernized militaries of China or Russia.

By relying upon satellite communication and positioning, the U.S. military has become accustomed to having a decisive advantage in terms of battlefield awareness. The enemy will not need to disrupt U.S. communications or GPS using interference methods, such as jamming, spoofing or lazing; their loss of credibility and reliability due to a failure to advance the technology will render them obsolete.

The U.S. military claims that it is taking steps to galvanize the tenants of basic navigation in its servicemembers, but running a five point “land nav” course within the limits of a few blurry grid squares does nothing more than check a box. Continued attention to these tasks will be necessary to consider them a viable backup.

The same can be said for the U.S. Navy’s reintroduction of celestial navigation—navigation based on measurements of the time and position of the sun, moon and stars. However, a day looking through the sextant doesn’t make someone ready to circle the globe in their schooner. Uncertainty surrounding the accuracy of GPS coordinates will cause, at the very least, the need to verify locations through less advanced means—a tedious process prone to human error. These rudimentary skills are perishable and have not been relied upon for years.

“Owning the night”— the U.S. military’s ability to operate in the cover of darkness thanks to night vision and thermal devices—will no longer be a predetermined advantage when the enemy is equally advanced and funded. Confrontations with more sophisticated militaries will also reduce the advantage of the integrative digital webbing that meshes military command and control. Secure communications with soldiers on the ground are only valued when that security is guaranteed, otherwise the weight, complexity, and unreliability would render current communications equipment nearly obsolete.

The air domain has seen the greatest disparity in recent U.S. conflicts. Drones are instrumental to U.S. military operations, as they are able to patrol and surveil for longer periods of time than their manned counterparts, without the risk of pilot fatigue. The lifeblood behind these tools lies in their ability to transfer data. There are conflicting claims that states, including Iran, have hacked U.S. drones, but the insurgencies and fractured governments in the U.S. crosshairs have, so far, lacked the ability to significantly disrupt data streams. China and Russia have the capability to, and likely would, target both the physical and intangible assets of the United States during a time of conflict. Both countries have showcased their ability to operate in the cyber domain, either by stealing plans for military aircraft, or accessing the Pentagon’s e-mail system.

In order to further protect valuable data streams from cyberattacks, the Pentagon has tasked the Defense Advanced Research Projects Agency (DARPA) with fortifying the physical and intangible backbones of high-tech systems—a goal that still remains out of reach. Until the security and reliability of these data streams can be assured, the dependability of remotely operated assets will remain uncertain. However, the United States also has the capacity to disrupt data streams of Russia and China, at least putting them at an equal disadvantage.

This is not a luddites anthem, but a warning that America’s technological advantage is not absolute. Perhaps it’s time to shed the “technological snivel” and embrace the fundamentals of warfare. Soldiers need to “shoot, move and communicate” no matter the circumstances. As the tech gap continues to close between combatants—either through globalization or proliferation—militaries will have to increasingly rely upon their “archaic” skills. These skills must therefore remain sharp and be used often, not only as a contingent. If the American military continues to solely rely on the bells and whistles brought about by modernity, all that will be left when facing an equally equipped force is a complicated machine, devoid of advantage.

Aaron Picozzi is a research associate for the military fellows at the Council on Foreign Relations. This article first appeared in Politics, Power, and Preventive Action.