Is Arming Schoolteachers a Good Idea? 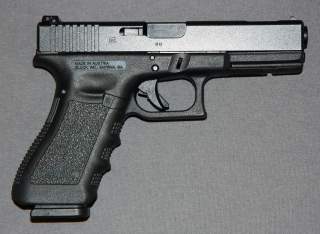 In the wake of the horrific mass murder at Marjory Stoneman Douglas High School, in which a lone gunman killed seventeen people, the debate over gun control has erupted with renewed fury not experienced since the tragic Sandy Hook school massacre in 2012. When a mass murder is committed with a firearm, the political debate over guns predictably takes center stage, as the factions that seek further civilian disarmament renew their calls for change in policy while Second Amendment defenders dig in to resist. In this argument over legislation governing inanimate objects, the opportunity is lost to take measures that may truly work towards thwarting the next mass killer. One such notion that garners particular controversy is the proposal to arm teachers and other school staff.

A policy to arm educators proves a culturally divisive subject, as is gun legislation itself. Those who favor further gun regulation typically oppose arming teachers: for these individuals, the solution lies in prohibiting access to weaponry. Those who oppose gun control typically do so because it violates the Second Amendment, and fails to disarm criminals in a nation already awash with hundreds of millions of firearms. Therefore, arming teachers so that they may prove a front line of defense against these threats appeals primarily to those who resist further firearms restriction. However, arming teachers hardly proves a decisive issue, even among gun-rights supporters. Much misunderstanding regarding the feasibility and safety of this proposal can be attributed to political agendas, but there also remains a general ignorance as to what an armed-teacher program would actually entail.

Who Would Be Armed?

This is where much misunderstanding and speculation comes in. In the mind of the gun-control advocate, the image of pistols being handed out to all school personnel at the front door at the beginning of the work day dominates the discussion. Anti-gun educators are appalled by the thought that they may be pressed into embracing such a responsibility. This, of course, is not actually what is being proposed by those who support arming school staff. Even among people who are ardent Second Amendment supporters, only a relatively small percentage opt to carry a gun on a daily basis. It is a personal and lifestyle commitment that can’t be taken lightly, so the idea of it becoming a mandatory responsibility is absurd—and rightly so. Most who argue for arming teachers do not propose making anything compulsory, but rather seek to permit educators to be armed, if they wish to embrace the extra responsibility and sufficient training.

While much of the mainstream media portrays overwhelming opposition to armed teachers, many educators themselves are supportive of the idea, and a good number would prove willing to undergo the mandatory training. One human resource that is already available, and which should serve as a starting point, are those educators who already have a concealed carry permit. Obviously, this may be a scarce commodity in some urban communities, but certainly in suburban and rural school districts, teachers who already have a carry permit will be available. While further and specialized training needs to be provided, teachers who already have a permit demonstrate that they have the willingness to be armed for personal protection. Many would readily volunteer to meet the training requirements to be armed on school property.

Beyond educators, school staff should be heavily considered for being armed. Custodians, office workers and other administrative staff potentially serve as even more viable options than teachers, as their role entails less direct interaction with students on a daily basis; their ability to be more free-roaming within the building, as opposed to being tied to a single classroom, makes such staff a potentially more formidable line of defense. An ideal breakdown of armed school personnel would see a combination of at least several educators and other staff armed at all times when on premises.

Many talk about arming school personnel like it is a novel idea. The truth is that a number of jurisdictions have implemented this security solution—some for a long time. These districts have a good record both in safety from accidents as well as in mitigation of school violence. The first example is the state of Utah, which has had a program in place to train public-school educators for quite some time. As a state, Utah does not prohibit concealed-carry permit holders from carrying on school property, so educators who simply have a carry permit can carry legally on premises. There have been no incidents in which students have been harmed due to this policy. A number of organizations provide specialized training for educators within the state, and many have taken this training.

The second well-established example is in Texas. Here we find the Marshal Program, which puts voluntary educators through a significant training requirement; certain school districts have authorized this program for their educators. The Marshal Program was signed into law in Texas in 2013, and there have been no negative incidents in schools due to this policy. Utah and Texas both testify to the feasibility of such programs, and both states have a good track record of both safety and deterrence against violence in schools.

The training component for armed school personnel needs to be taken seriously, and the successful programs found in Utah and Texas can serve as examples to be adopted. Generally, however, it can be surmised that a training curriculum should focus on two overriding principles: school personnel who go armed would need to do so safely to avoid the gun from falling into the wrong hands and to avoid negligent discharges, and they would need to possess the requisite skills to use the weapon effectively in the chaotic experience of defending students against an active killer.

The experience of the programs in Utah and Texas clearly demonstrate that safety can be achieved. The notion of students getting ahold of guns that are left lying about, or of negligent teachers firing weapons while at work, are exaggerated by those who oppose the initiative. Most negligent discharges that have occurred on school grounds have been perpetrated by on-site law enforcement, or by school resource officers who are also sworn law enforcement. Educators who go armed have proven to be much more disciplined in not accessing the concealed weapon for any reason short of needing it for defense.

Any school faculty or staff member who carries a handgun would have to do so concealed on their person as off-body carry, which refers to the practice of leaving the gun in a purse, briefcase or any other carry means not affixed to the individual, which proves a hazard when in the vicinity of adolescents. The paramount consideration is that the handgun be completely concealed on the person of the carrier, and that the gun ride in a hidden holster that safely retains the weapon so that there is no risk of it falling out, even under vigorous activity. Part of the training component should be focused on weapon retention, which involves techniques for retaining the handgun in the holster in the event that someone would attempt to disarm the educator. The concern of disarm is far less pressing for individuals who carry a handgun concealed than it is for law-enforcement officers who carry the gun open, but retention training should still be part of the prescribed curriculum.

A priority for armed educators needs to be competent marksmanship, as the shooting problems potentially faced in an active-killer situation may require more advanced shooting than typical street-level self-defense. As public schools are generally large buildings, it may be necessary to take distance shots with a handgun, and the need to shoot while potentially surrounded by innocent parties requires a priority on good accuracy. An adequate training program for armed educators should also involve basic tactics in handling such an event, which would entail a working understanding of the use of cover and the establishment of defensible positions and shooting lanes. A variety of good training programs are available around the country that successfully teach all these skills and tactics, and a serious armed-teacher initiative could take advantage of these resources that already exist.

Finally, a rounded training program should have an emergency medical component that involves the basic skills for containing life-threatening blood loss. This primarily involves the techniques for applying tourniquets, hemostatic blood clotting agents and pressure dressings; a basic working knowledge of these skills can be taught in several hours.

A training program that addresses these listed skills could be accomplished in forty hours—a week’s dedication for educators and other school staff that volunteer for the program. A priority should be placed on faculty and staff who volunteer that have a background in military, law enforcement and shooting sports, and certainly those who already have a carry permit. Obviously, such a training curriculum is not going to build a staff of Delta Force operators, but it does not have to in order to be effective. Armed resistance to mass killers has proven consistently effective in ending a violent rampage, and having armed and trained individuals inside of the schools will make a difference.