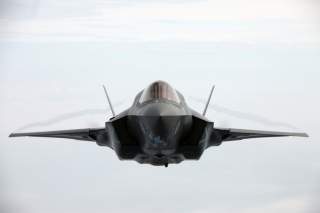 The balance of power is one of those concepts that gets the most attention when it’s shifting. Or wobbling. When people are talking about it, it’s time to be worried. And everybody is worried.

As Grandma observed, family arguments are getting too loud when the whole village is gossiping about whether the marriage will survive.

Balance of power was top of mind and top of text when Singapore’s Prime Minister, Lee Hsien Loong, launched the Shangri-La dialogue.

Lee’s central proposition was a simple one with huge implications: “The strategic balance in Asia is shifting.” Mark this is a Big Fact, not a mere opinion.

The Big Fact of Asia’s rapidly changing power relativities is directly related to Asia’s Top Trend. This is unusual. New and different Big Facts come along all the time while the Top Trend, by definition, is a long-wave phenomenon.

Look back over recent decades to see what this means. In 1989, the Cold War collapsed with the Berlin Wall, and China butchered its own youngsters in Tiananmen Square. These Big Facts didn’t derail Asia’s Top Trend, which was already broad, powerful and transforming. Asia’s Top Trend, then and now, is the economic miracle that has lifted more people from poverty in a shorter time than any other moment in human history.

(Recommended: Who Wins a U.S.-China War?)

Lots of other Big Facts keep coming to crowd the screen. China arrives. India rises. Asia hits the economic wall with a financial crisis at the end of ‘90s; Europe and the U.S. do their own, even more spectacular economic smash, a decade later. Still, for Asia, the Top Trend keeps surging.

All sorts of building work gets done, but in the strategic realm this is slow-motion stuff where ambition outstrips achievement. The confidence of the ‘90s saw the creation of regional institutions like APEC and the ASEAN Regional Forum. The strategic buzz was about achieving transparency and confidence building; today we’ve got a lot more transparency but not much confidence.

Instead of confidence, we have pleas for stability and rule of law. Stability ain’t what we’re going to get, was the advice from Malaysia’s Prime Minister, Najib Razak, launching the 29th Asia Pacific Roundtable in Kuala Lumpur.

Rapid change in the strategic environment looks inevitable to Najib, but that doesn’t have to be a bad thing: “The ongoing shifts in the distribution of power and influence in the Asia Pacific should not necessarily be seen as inherently threatening.”

Embracing the Big Fact and the Top Trend, Najib had this observation about the regional hegemon that’s feeling the heat: “The US will remain a power of major consequence in the Asia Pacific, despite claims by some that we are witnessing the twilight of America’s role and interest in the region.” Twilight! So do a reverse Dylan Thomas—go gentle and don’t rage against the dying of the light. The Chinese, no doubt, will invent a nifty proverb for the thought.

At Shangri-La, the International Institute for Strategic Studies offered its thoughts on the power balance with its Asia Pacific Regional Security Assessment 2015.

IISS starts with the idea that the region is too large and diverse for any state to dominate:

Indeed, it is too large for any state unilaterally to protect its own interests or to seek to shape the regional order without risking overstretch or instability. Attempts to do so will be destabilizing and provoke reactions from other regional powers.

Good advice for either the U.S. or China.

The IISS judgement is that fiscal stains are yet to impinge too much on the plans expressed in the U.S rebalance, although “within the region there is still some doubt as to the sustainability of the U.S. posture in the Asia Pacific beyond the medium term.” With the balance in flux, the medium term can arrive quickly:

"Uncertainties remain over what role the U.S. envisages for its allies and partners. The rebalance looks far from complete when one considers the lack of a grand strategy, as well as unresolved questions over specific weapons systems and doctrine aimed at deterring China."

Not much doubt about the grand strategy Xi Jinping has set for Beijing, according to IISS:

“China calculates that its economic power and the interconnectedness of Asian economies will put it at the center – and the apex – of the Asia-Pacific region. In tandem, China seeks to weaken the U.S.-led regional security order and to promote the concept that Asian security should be managed solely by Asians.”

The Big Fact of a shifting power balance is a product of the great changes flowing from the Top Trend. And everybody in the village, and the region, is gossiping loudly about what the new Big Fact might do to the Top Trend.