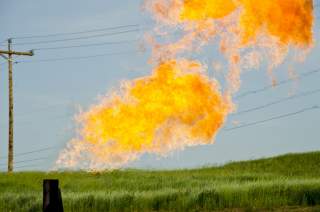 Australian Prime Minister Malcolm Turnbull said steps were needed to secure natural gas for domestic manufacturers and households. Previously, the gas had been sent to export facilities for sale around the world.

“Australian demand, Australian businesses, Australian jobs and Australian families have to come first,” Turnbull told reporters. “It is ridiculous for us to be on the edge of becoming the largest LNG exporter in the world and not to have enough gas for our businesses and households.”

The country is currently experiencing gas prices four times higher than their historic averages. Australia has been shutting down much of its coal-fired electrical generation in recent years for health and environmental reasons, but this has made the country’s power grid unstable.

Turnbull previously blamed South Australia for “distorting the national energy market” by putting too much emphasis on generating electricity from wind farms.

Officials concluded that “violent fluctuations” in the supply of wind power caused a blackout affecting 1.7 million people in South Australia in September. The Australian Energy Market Operator blamed the blackout on a wind farm in Snowtown that suddenly stopped providing 200 megawatts of power, destabilizing the grid.

Despite the blackout, South Australia wants to invest another $100 million into green energy.

“This has been very much a Labor obsession, to set these heroic renewable energy targets,” Turnbull told a radio station in October. “They assume that they can change the composition of the energy mix and that energy security will always be there and the lights will stay on, and that has been brought into question.”

Unstable wind power likely caused other state power grids to cut off energy flow to South Australia, collapsing the grid. For a moment, the state looked more like North Korea than Australia.

Independent experts believe the ability of an electrical grid to absorb green energy becomes increasingly more difficult at scale. South Australia’s reliance on wind power makes large blackouts more likely because the amount of electricity generated by a wind turbine is very intermittent and doesn’t coincide with the times of day when power is most needed.