Is Australia's Economy Headed for Trouble? 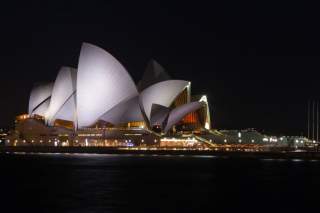 I don’t often write about Australia, partly because Australian politics are so stable and the country such a solid partner for the United States, but also because Australia has for twenty years basically avoided the ups and downs of the world economy. Alone among rich nations, Australia was basically unaffected by the global economic and financial crises of 2008-9 and the country also has not faced the kind of long-term economic slowdown challenges that confront Europe, the United States, and Japan. Unemployment today in Australia is around 6 percent, and earlier this year it was under 6 percent. Most forecasters project that Australia will grow by at least 3 percent in 2014, which is well above projections for most other developed economies.

The prolonged boom in Australia has led many Australians, including not a few Australian leaders, to think that the prosperity can go on forever, that Australia has found a way to defy some of the challenges that have slowed other rich economies. Any visitor to Melbourne or Sydney or even Darwin, in northern Australia, can see for themselves the enormous boom in residential and commercial construction, and the skyrocketing prices for even the simplest apartments and houses. When I was in Darwin, a city of about 130,000 people, homes and apartments were going up everywhere; Darwin is the closest city to a group of large liquid natural gas processing plants piping in offshore gas. Twenty years ago, when I visited Darwin, it looked like a tiny, run-down Midwestern American suburb, with the only excitement coming from the markets on the edge of town where immigrants from Papua New Guinea and other Pacific islands sold their wares.

But a series of recent commentaries and new books reminded me of what that visit to Darwin sparked in my mind – the idea that Australia’s growth, though impressive, seems a little too close to the frothy, wild, speculative growth that happened in Thailand in the 1990s and the United States in the mid-2000s. A new book by consultant and macroeconomist Lindsay David, Australia: Boom to Bust, argues that Australia’s housing market is wildly overpriced and is going to crash, and that overall Australia’s economic base is too narrow–housing, exports of natural resources to China, and (to some extent) financial services.

Bloomberg View columnist William Pesek recently wrote an excellent commentary on the book.  Pesek too notes that Australia is the most dependent of any major economy on China’s growth, which is headed down as China’s economy cools and its own housing market cools. Pesek concurs that, beyond simply being too dependent on China, the Australian economy also has become far too dependent on exporting natural resources and on housing sales. He doesn’t mention another point: Natural resources are not renewable, and dependency on natural resources does little to foster innovation and entrepreneurial activity. Pesek does note that the average price of housing in Sydney as a multiple of average income–a standard metric used to see whether housing is overpriced–now stands at nine. By comparison, the price of housing in Tokyo, hardly a cheap city, as a multiple of income stands at 4.4.

Meanwhile, in the past four weeks a series of major Australian companies and financial institutions also have sounded warnings about the Australian economy. Earlier this week, BHP Billiton Mitsubishi Alliance, Australia’s giant coal mining company, cut 7 percent of its workforce because of declining demand for coal from China, which takes in over half of all natural resources exports from Australia. (Two decades ago, China took in only about 10 percent of Australian natural resources.) In addition, earlier this week the treasurer of Western Australia, the Australian state producing the majority of the country’s iron and coal and other resources, expressed significant worry at the declining world prices of these commodities, a decline that stems from oversupply and declining demand in China. In addition to that warning, Australia’s own central bank recently warned that the Australian economy was becoming subject to increasing speculation over housing, speculation that could overheat the economy and cause serious imbalances.

These forecasts should be a warning to Australian policymakers as well–and to Australian home buyers, builders, and the Australian population as a whole. But as Pesek notes in his commentary, when he faced down Australian federal treasurer Joe Hockey in an interview, and asked him about whether Australia faced a property bubble, he got little response. The minister dismissed concerns about the Australian economy and projected continued robust growth for the “lucky country.” “It is just an easy mantra for international commentators and for analysts based overseas to say, ‘Well, there’s a bit of a housing bubble emerging in Australia,’” Hockey told Pesek. “That is a rather lazy analysis because fundamentally we don’t have enough supply to meet demand.”

Indeed, the entire government of Prime Minister Tony Abbott seems in denial about Australia’s vulnerability to any downturn in Chinese growth, and the country’s overdependence on exporting natural resources to China and overpriced housing sales for its decades-long growth. But at some point, probably quite soon, the lucky country’s luck is going to run out, and Abbott’s government will need a real response.