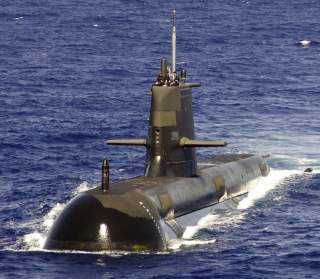 At the Defense and Industry conference this week, we got an official update on the status of the Future Submarine project (SEA1000) from the project head, RADM Greg Sammut and DMO’s General Manager of Submarines, David Gould. That’s welcome, as multi-billion dollar government projects should be exposed to public scrutiny to the extent possible consistent with commercial and security sensitivities. (I won’t comment on other rumors doing the rounds.)

In a recent ASPI paper, Mark and I summarized the thinking that was on display at ASPI’s conference in April. What we got this week showed encouraging progress in the three months since. I’ve been writing about the project for years now (like the F-35, it’s a gift that keeps giving) and have lamented the apparent lack of coherence in planning. So credit where it’s due; with a couple of exceptions, which I’ll come back to later, I think we’ve arrived at a sensible approach.

Firstly, RADM Sammut explained that the Integrated Project Team (IPT) in Adelaide is largely composed of industry representatives working in support of DMO’s project office. This “above the line” industry participation is vitally important if the Commonwealth is to be a smart buyer. Having relevant industry experience in-house will allow Navy/DMO to refine their requirements cognizant of their impact on project costs and risks.

A dramatic illustration of that—and a pretty newsworthy one in my books—is that there’s been a significant stepping back from the 2009 Defense White Paper’s wildly ambitious aims. There’s no conventional submarine in the world with the range and endurance of the Collins class, but the 2009 aim was a “significantly greater” performance. That led me (and others) to describe the projected submarine as a “conventionally-powered nuclear submarine” and to question the feasibility of the project.

This week we learned that the revised capability aims aren’t very different from Collins in terms of range, speed and endurance. Capability enhancements will instead focus on sensor capabilities and stealthiness, both of which will make the subs more effective and survivable in the decades to come.

Another sensible step is to take the existing Collins combat system (a highly modified derivative of the USN’s Virginia class system) and weapons into the new class, at least in the first instance. That will allow for a spiral development path, in which the new hulls, sensors and propulsion systems can be worked out without the concomitant risks of developing a new combat system. We tried that with Collins and it caused more grief than it was worth, so full marks there.

Of course, putting new sensors into the future boats will require them to be integrated into the combat system. Planning for that eventuality, we were told that Australian software developers were being contracted for “out of cycle” software-development work (ie not in the U.S. Navy development cycle). Getting Australian industry into the high value-add end of systems integration, where competing in global markets is entirely possible, is also a welcome development.

David Gould described the next step of finding an industry design partner that’ll take the design brief provided by the IPT and produce a detailed design. It wasn’t 100% clear if the design partner would automatically become the build partner, but that would make sense, allowing for the transition from design to production engineering to flow with lower risk of things being “lost in translation.” Mark and I had a fair bit to say about how this might work in the recent paper, so I won’t labor the point here, other than to note that such an approach might have avoided some of the problems the AWD project had.

Lest I seem uncharacteristically charitable, let me point out a couple of things that didn’t sound quite right. As Manager of Submarines, David Gould has to worry about the existing fleet as well as the future one, and he noted that both types would be in service together for a considerable time. He explained that his preference was to have a single support contract to cover both. Presumably the thinking is that having in-house understanding of both designs would allow for a single support arrangement. I’m not totally convinced; unless the same design house is behind both (in practice meaning a Swedish choice), it seems to add complication in managing intellectual property—a significant problem in the past.

Finally, there were hints in the presentation about the possibility of offshore builds, but no discussion of how (or where) that might happen. It’s fair enough to be looking at foreign builds, as the costs and benefits of all options should be diligently explored. But then we were told that a local build (including the first of class) was important for knowledge transfer needed for future support. The mixed signals had some of the industry reps scratching their heads.

All in all, there were more steps forwards than backwards. It might be several years later than would’ve been optimal, but real progress is being made.

Andrew Davies is senior analyst for defense capability and director of research at ASPI. This article first appeared in ASPI's The Strategist here.