Belarus: Between Russia and the West 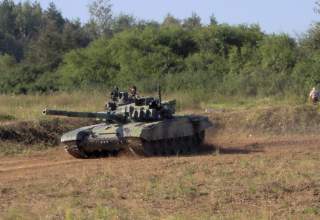 For 22 years Belarusian President Alyaksandr Lukashenka has tacked toward Russia but kept channels open to the West, while maintaining an authoritarian grip on power. Frightened by Moscow’s intervention in Ukraine, he assumed the mantle of defender of Belarusian sovereignty. Reverting to form, however, Lukashenka recently unleashed riot police to suppress an upsurge in anti-government protests. Does unrest threaten Lukashenka’s power? Might Russia intervene? And does the West have a role?

In February, popular discontent broke out when the authorities announced enforcement of a 2015 “law against social parasites.” It levies a tax of $250 yearly on those who work less than 183 days in a year, but do not register with the government labor office. After thousands of people streamed into the streets, the regime retreated. The tax would not be collected for 2016, but would be for 2017.

Discontent did not subside. More than 300 civil society activists, opposition figures and journalists were arrested before the March 25th anniversary of the founding 99 years ago of the Belarusian People’s Republic, a rallying mark for the opposition. On March 25, several thousand demonstrators braved a ban and conducted a peaceful anti-Lukashenka protest in Minsk. Riot police arrested hundreds and beat many.

Despite the unrest, for now Lukashenka’s grip on power remains tight. He controls the security forces and is popular in mostly rural Belarus. As well, the opposition is weak and divided, and the business community is not restive.

Frictions exist between Belarus and Russia, but they are bounded. Lukashenka has long sought close ties with Russia and has been seen by Moscow as an ally, although these days Russian media criticize him.

The largely unreformed Belarusian economy is buttressed by Russian subsidies, but there are commercial quarrels. Moscow demands that Belarus pay higher prices for fuel. Another spat relates to Belarus’ reexport to Russia of European agricultural products banned there.

If unrest in Belarus or frictions with Russia were to grow, might Moscow seek to replace Lukashenka? Or intervene militarily?

Neither is likely. Lukashenka may deflect protests in Belarus by pressuring and wearing down demonstrators and by delaying implementation of the parasite law. He could lose some leverage if Russia, facing its own economic challenges, reduced subsidies for his statist economy. But civil society in Belarus is weak, and risks are low of a large-style political uprising that might stir Moscow to roll tanks.

Lukashenka never lets confrontation with the Kremlin go too far, and he ensures Belarus’ participation in Moscow`s favored Collective Security Treaty Organization and Eurasian Economic Union. The Kremlin might not be above intimidating Belarus via the West-2017 Russian-Belarusian military exercise next September, which may be why Lukashenka has said NATO observers can monitor it. A worry for him is that after the exercise, some Russian troops might remain.

Russian President Vladimir Putin enjoys taking bold and unexpected steps, but military intervention in Belarus would be very costly. While Belarus is of high strategic value, Russia is burdened by a sputtering economy, by military preoccupation in Ukraine, Syria, and potentially Libya, and by Western sanctions and isolation. Military interference would also undercut Moscow’s efforts to influence European politics and win a lifting of Western sanctions. Finally, the West would react strongly.

The West is not much engaged with Belarus. Its participation in the EU’s Eastern Partnership is minimal. Recently Lukashenka modestly improved Western ties by presenting Belarus as a bulwark against Russian power, but his crackdown on peaceful demonstrators may undo these gains. The West has limited options to influence developments in Belarus, but should keep doors open as politics evolve.

Public demonstrations in Minsk and across Russia in recent weeks hint that winds of political change and disillusionment with stagnation and corruption may be reaching both countries. Both countries’ leaders will blame the West, try to ride out protests and, despite differences, will likely stick together.

Kenneth Yalowitz is the Director of the Conflict Resolution Program at Georgetown University and a Global Fellow of the Woodrow Wilson Center, and was U.S. ambassador to Belarus and Georgia. William Courtney is an adjunct senior fellow at the nonprofit, nonpartisan RAND Corporation, and former U.S. ambassador to Kazakhstan, Georgia, and the U.S.-Soviet Commission that implemented the Threshold test Ban Treaty.