A Big Deal: China Changes Its Strategy Towards Japan 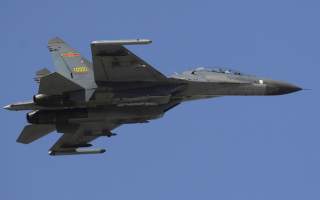 Over the past several months a gradual but significant shift has taken place in China's policy toward Japan. The change is a result of Beijing's recognition that its unrelenting pressure on Tokyo since the Japanese Government purchased several of the Senkaku/Diaoyu Islands from a private owner in September 2012 has produced far greater costs than benefits for China. Chinese President Xi Jinping's meeting with Japanese Prime Minister Shinzo Abe on the sidelines of the Asian-African summit in Jakarta last month is the latest proof of the adjustment in Chinese policy.

Last November, when the two leaders first met in Beijing, Xi wanted to be seen as a good host and therefore did not snub Abe. In Jakarta, however, Xi had greater flexibility. Not only did he agree to the meeting, he apparently initiated it. Although China's state-run news agency Xinhua claimed the meeting took place at the request of Japan, senior Japanese officials say Xi asked to meet with Abe on the condition that Japan not disclose that it was arranged at China's behest.

China's routine conduct of patrols inside the 12-mile territorial water boundary around the Senkaku/Diaoyu islands, over which Japan exercises administrative control, has failed to achieve Beijing's objective of persuading Japan to acknowledge the existence of a sovereignty dispute. Instead, China's patrols, along with the establishment of an East China Sea Air Defense Identification Zone in November 2013 and the imposition of a virtual freeze on high-level political contacts for more than two years, has led to damaging consequences for Chinese security.

Japan's direct investment in China fell by 38.8% year-on-year in 2014 to $4.33 billion. In 2013 it fell about 4%. Japan's defense budget reached $42 billion in 2015 and has increased three years in a row, ending 11 consecutive years of cuts. Japan relaxed the ban on the transfer of defense equipment and broadened the constitutional interpretation of the right of self-defense. Japanese force posture and structure are being reconfigured with a clear priority being assigned to defense of the southwest islands. Capabilities are being bolstered in such areas as intelligence, surveillance and reconnaissance; interoperability; ballistic missile defense; and amphibious landing.

President Obama has stated publicly that the disputed islands are covered under Article V of the US-Japan Security Treaty. The US-Japan alliance has been strengthened with the issuance of updated guidelines for defense cooperation that underscore the 'global' nature of the alliance and enable the Abe Government to pursue 'proactive pacifism' in its security policy, among other things. Heightened concerns about China's policies and intentions was the major impetus for most, if not all, of the above moves.

Recognizing that Chinese pressure on Japan was not succeeding, Xi Jinping has changed course. In addition to engaging directly with Prime Minister Abe, China resumed the high-level security dialogue with Japan after a hiatus of almost four years, restarted the Sino-Japanese parliamentary dialogue, and revived the trilateral mechanism among Chinese, Japanese and South Korean foreign ministers.

Abe's decision to forego a visit to the Yasukuni Shrine since he paid his respects there in December 2013 has helped to create a more positive atmosphere. In addition, although Prime Minister Abe did not repeat key phrases from the 1995 Murayama Statement in his speech delivered at the 60th anniversary of the Bandung Conference in Jakarta, he nevertheless alluded to the topic of 'aggression' in sections citing the ten principles agreed upon at the inaugural Bandung Conference in 1995. Later, speaking to the US Congress, Abe explicitly said that Japan's actions in World War II “brought suffering to the peoples in Asian countries” and pledged he would “uphold the views expressed by Japan's previous prime ministers in this regard.”

The favorable turn in Chinese policy toward Japan is welcome. The protracted downturn in Sino-Japanese relations has engendered hostility in both countries toward the other and increased the risk of accident and conflict.

More needs to be done to put the Sino-Japanese relationship on an enduring positive trajectory. First, Tokyo and Beijing need to faithfully adhere to the four-point agreement reached last November. Second, the bilateral maritime crisis management mechanism should be established as soon as possible to avert inadvertent clashes over the Senkaku/Diaoyu islands. Third, as a gesture of goodwill, China should reduce its patrols inside the territorial waters of disputed islands. Fourth, Beijing should avoid using the upcoming commemorations of the 70th anniversary of the end of World War II, including the ceremony in Beijing planned for 3 September, to inflame anti-Japanese nationalism and inject new tensions in China-Japan relations. Fifth, Prime Minister Abe should use his speech this coming August to make a clearer statement of apology for his country's war crimes so as to achieve reconciliation with China, as well as Korea, Taiwan, and other neighboring countries that were occupied or attacked during the war.

If the anniversary of the end of the war can be managed well and opportunities are seized to further improve bilateral ties, a summit between Abe and Xi might be put on the calendar for late 2015 or early 2016 that would provide impetus for more progress. Such a scenario would make a significant contribution to security in the entire Asia-Pacific.