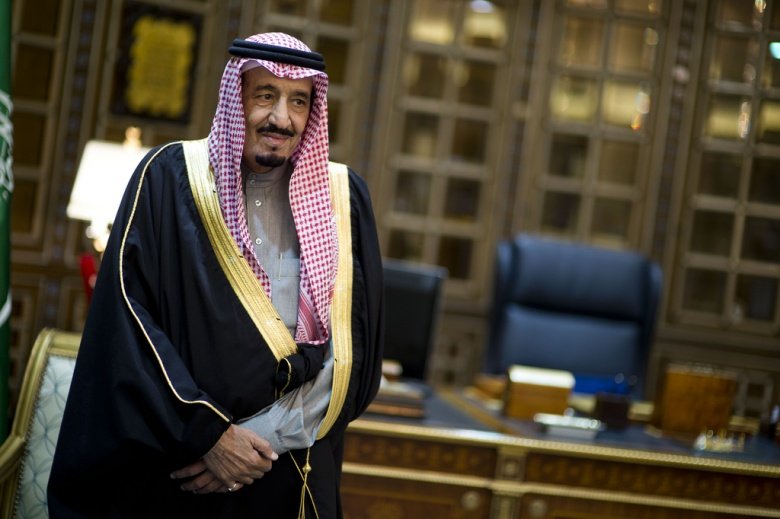 The passing of King Abdullah and ascension to the throne of Crown Prince Salman has proceeded smoothly at a time when the Saudi kingdom faces growing challenges at home and abroad.

King Abdullah, 90, compiled a record as a relatively liberal reformer who helped modernize the kingdom, reform its educational system and somewhat expand opportunities for Saudi women to work, vote and run for office in Saudi Arabia’s limited local elections.

On foreign-policy issues, King Abdullah often was a close ally of the United States on key issues such as cooperating against common threats posed by Iran, Saddam Hussein’s Iraq, ISIS and Al Qaeda in the Arabian Peninsula, which has thrived in neighboring Yemen.

But like many Arab rulers, Abdullah broke ranks with the United States on issues such as the Israeli-Palestinian conflict; nuclear negotiations with Iran, which he saw as naïve and risky; the urgency of democratic reforms, which he saw as inherently destabilizing; and the Obama administration’s embrace of the Muslim Brotherhood, which he saw as a rising threat to the stability of Saudi Arabia and other traditional oil kingdoms.

King Salman is expected to continue the broad outlines of foreign policy charted by his half-brother. But he probably will be less inclined to push incremental reforms at home.

King Salman is a respected authority figure who has encouraged family unity and is likely to rule by consensus. But he may not rule for very long. At 79, Salman is known to have significant health problems, including at least one reported stroke, as well as possible signs of dementia.

This may be what led King Abdullah to take the unprecedented step of naming a deputy heir, his youngest full brother, Prince Muqrin, 69, who formerly was an effective minister of intelligence.

This pick was controversial because it skipped over other princes, including Prince Ahmed, Crown Prince Salman’s full brother, who also is one of the “Sudairi Seven”—seven sons of King Abdulaziz’s favorite wife, Hassa al-Sudairi, who were the dominant faction before King Abdullah took the throne.

Saudi succession arrangements historically have been smooth, with senior princes meeting privately to make the key decisions. The family publicly has presented a show of unity, but there may be friction between family factions behind the scenes.

The jousting over succession was always been expected to become even more acute when it came to picking crown princes from the next generation, where there are hundreds of potential contenders. King Salman appears to have made a good start on this process by quickly naming Mohammed bin Nayef, as deputy crown prince.

Crown Prince Mohammed, 55, is the son of former Crown Prince Nayef, who was one of the “Sudairi Seven.” His selection should please the Sudairi branch of the family.

From Washington’s point of view, this was an excellent choice. Prince Mohammed was educated in the United States at Lewis and Clark College in Portland, Oregon. As Interior Minister, he has been a tough, effective and decisive leader of Saudi counterterrorism efforts against Al Qaeda inside the kingdom. He has survived several assassination attempts and remains dedicated to defeating Al Qaeda.

King Salman is likely to govern as the front man for a collective leadership. He has indicated he will continue many of Abdullah’s policies. On oil policy, a crucial element of the bilateral Saudi-American relationship, King Salman has signaled he will retain Oil Minister Ali al-Naimi, who has guided Saudi energy policy since 1995.

Saudi Arabia historically has preferred to keep oil prices lower than other OPEC exporters, because it possesses the world’s largest oil reserves and has a long oil-production horizon, which gives it a stronger interest in discouraging the long-term development of competing energy supplies, such as U.S. shale oil.

Saudi-American strategic cooperation against a wide spectrum of foreign adversaries, including Iran, ISIS and Al Qaeda, is likely to continue unabated.

The growing instability in Yemen is likely to become a major focus of Saudi and American concern and cooperation. Both countries supported Yemeni president Hadi, who was ousted last week by the rebel Houthi movement, a Zaidi Shiite militia backed by Iran.

Hadi’s fall is likely to strengthen Saudi perceptions about being encircled by a hostile Iran, which it charges also supports Shiite extremists in Bahrain and inside Saudi Arabia’s Eastern Province, which contains the bulk of Saudi oilfields.

The collapse of Yemen’s government also will create a more permissive environment for the growth of Al Qaeda in the Arabian Peninsula, which hopes to use Yemen as a springboard for subverting Saudi Arabia.

Despite cooperation against common threats, friction over a number of issues is likely to mar Saudi-American relations. Differences over Israeli-Palestinian issues are likely to continue, although they may be overshadowed by differences over Iran and Syria.

Riyadh sees the Obama administration as an unreliable friend that looks to extricate the United States from Middle Eastern conflicts. The Saudis and other Arab kingdoms were appalled by the abrupt U.S. military withdrawal from Iraq, which left Iran as the dominant foreign influence there and left Iraq’s Sunni Arab minority under the thumb of Iraq’s Shia-dominated government.

The Saudis were also shocked by the speed at which Obama abandoned Egyptian president Hosni Mubarak, a longtime U.S. ally. They were further troubled by the administration’s public embrace of Egypt’s Muslim Brotherhood, which the Saudis perceive as an ideological enemy that has spawned an Islamist backlash against the Saudi monarchy. To offset Washington’s withholding of some military aid to Egypt, Riyadh last year offered to finance an arms deal worth more than $2 billion between Cairo and Moscow.

The impending U.S. military withdrawal from Afghanistan and the administration’s self-proclaimed “pivot to Asia” have exacerbated worries about the willingness and ability of the United States to continue to underwrite Gulf security.

This could not come at a worse time, given Iran’s nuclear push, surging ballistic-missile capabilities and aggressive support for the Bashar al-Assad regime in Syria and militant Shiite factions in Bahrain, Iraq, Lebanon and Yemen, as well as within Saudi Arabia.

The Saudis believe that the Obama administration has failed to pay sufficient attention to Iranian support for terrorism and subversion. They fear that if Washington reaches a nuclear deal with Iran, it will turn a blind eye to Iran’s hostile acts against its neighbors. And if the nuclear negotiations fail, they doubt that Obama will take military action to prevent a nuclear Iran.

Saudi doubts on this score were heightened by the president’s failure to enforce his own red line against Syria’s use of chemical weapons in 2013. After threatening to launch military reprisal strikes, Washington backed down and acceded to a diplomatic agreement brokered by Moscow that let Syria’s Assad regime off the hook.

The Obama administration must work closely with King Salman and his successors. But it is likely to be an uphill struggle to regain the full trust of the royal family.