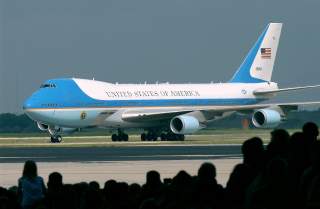 Airline mechanics caused $4 million in damage to an Air Force One plane in 2016, according to a Department of Defense investigation released Wednesday.

Three Boeing Co. mechanics “failed to observe explicit warnings” and contaminated one VC-25A plane’s oxygen system, increasing the risk of fire, according to the report.

The Air Force accident investigators said “the cost to remediate the known contamination of the oxygen system is over $4 million, which was paid for by Boeing.”

“We took swift action to self-report the incident to the Air Force, and we remediated the oxygen system at no cost to the government,” Boeing spokesman Ben Davis told the Air Force Times.

“We fully understand the level of responsibility that comes from working on the president’s aircraft, and we’re committed to our partnership with the Air Force to provide the highest standard of support for the VC-25.”