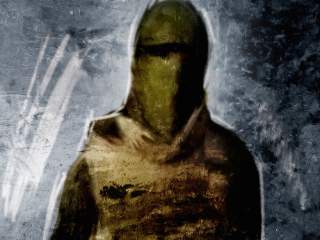 Over the weekend, Boko Haram attacked the village of Dalori, only three kilometers away from Maiduguri, the Borno State capital and the headquarters of Nigerian military forces in the fight against the jihadist insurgency. According to the New York Times, citing Nigerian official sources, at least sixty-five were killed, and women and children were kidnapped. Boko Haram’s actions at Dalori constituted a complex attack that included armed fighters, some wearing military uniforms and female suicide bombers. Nearby, Boko Haram raided a camp for internally displaced persons.

Disturbingly, Boko Haram fighters occupied the village for several hours. They may have fought off one attempt by the Nigerian army to retake the village, and only left when the military returned with heavier weapons. In any event, why did it take so long for properly equipped military units to arrive?

Boko Haram tactics in Dalori recall those it used before the pre-March 2015 Nigerian military surge against it, but now combined with the more extensive use of female suicide bombers. There are also differences. Abubakar Shekau, the public face of the Boko Haram insurgency in the past, remains absent. While everybody assumes the Dalori attack was executed by Boko Haram, nobody has claimed responsibility for it, yet.

A few days before the Dalori attack, the Nigerian military announced the reinstatement of Major General Ahmadu Mohammed. The former commander of the 7th Division, responsible for leading the fight against Boko Haram, he had been retired in the aftermath of mutinies by units under his command and credible accusations by Amnesty International of human rights abuses. A military spokesman is quoted in the Nigerian media as saying, “The allegations made by Amnesty International remain allegations unless they are proven beyond any reasonable doubt. Nobody can be charged with allegations and if there is any proof, then the relevant authority will investigate.” The military spokesman said that Ahmadu Mohammed’s reinstatement was among that of three thousand previously dismissed military personnel on the basis that they could not be found guilty beyond a reasonable doubt.

U.S. law requires that military assistance to another country be suspended if there are credible accusations of security service or military human rights violations unless or until there is a host-country investigation and appropriate steps are taken. Amnesty International is highly credible; it is unclear how credible or thorough the Nigerian military investigations were. If Dalori is a sign of a reinvigorated Boko Haram, there are likely to be calls for greater U.S. military assistance. The reinstatement of Ahmadu Mohammed absent an official investigation of the Amnesty International charges will make that difficult.