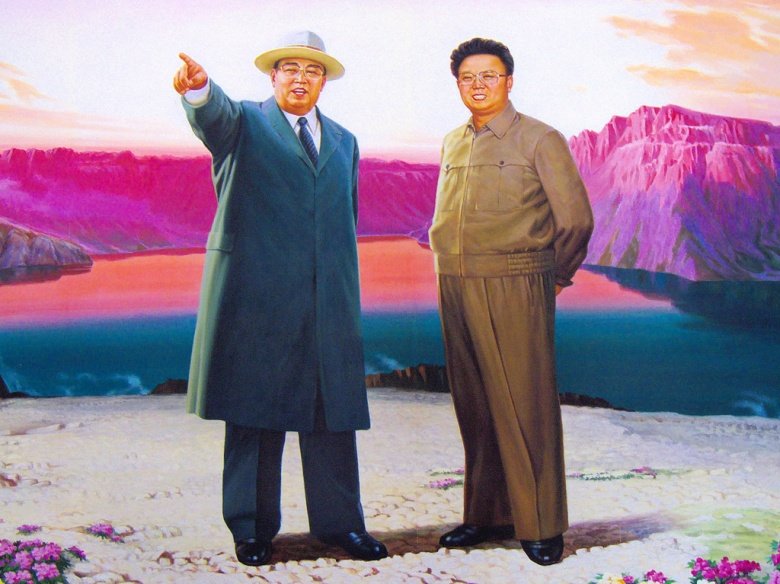 As Germany celebrated the 25th anniversary of the fall of the Berlin Wall, the Western press reexamined the process that culminated in this momentous event on Nov. 9, 1989.  Lessons from this German experience have policy implications for the other Iron Curtain that still stands, dividing the Korean Peninsula. Although many factors contributed to the collapse of the Wall, the following seem to be particularly instructive for the present Korean standoff:

First, the fall of the Wall could not have taken place without far-reaching changes in the Soviet Union, the main sponsor of the East German regime and its security guarantor.  A key aspect of Mikhail Gorbachev's reforms was the Soviet leader's policy of eschewing the use of force and respecting the popular will in the Soviet satellite countries. This respect for the fundamental human rights and free will of the people had pivotal consequences when thousands of East Germans sought to reach West Germany via Hungary, Czechoslovakia, and Poland in the months leading up to Nov. 9, 1989. Not only did Gorbachev refuse to aid the East German regime in trying to stop this outflow of people, but he actually facilitated their transit into West Germany. This exodus undermined the credibility of the East German regime in the eyes of its people and emboldened East Germans to challenge their regime, leading to the dramatic mass breaching of the Wall.

This is a stark contrast to the present situation in China and Beijing's policy toward North Korea. Beijing's leaders seem most concerned with preserving their grip on power in China and preventing a sudden collapse of the North Korean regime. As a consequence, Beijing has aided Pyongyang's efforts to stem the outflow of North Koreans who seek to reach South Korea via China by capturing them and sending them back to North Korea. Beijing's leaders must abandon this flagrant disregard for the basic human right of the North Korean people to determine their own destiny.

This is not only a moral imperative but also serves China's own national interests as Pyongyang progresses in its nuclear and missile program. North Korea now apparently possesses the ability to miniaturize nuclear warheads so as to mount them on ballistic missiles and is working on installing submarine-launched-ballistic missiles (SLBMs) on reverse-engineered submarines imported from Russia. Once Pyongyang possesses the ability to attack the United States with SLBMs while orbiting a missile or a satellite that can reach the US mainland or destroy the US electric grid in an EMP attack, Kim Jong-un will have effectively developed a nuclear counterstrike capability and nullified the US extended nuclear deterrent that shields South Korea and Japan. Armed with a credible nuclear deterrent, Kim will be in a position to blackmail the US and reduce his dependence on China to the extent where he could extract concessions from Beijing on key issues. Rather than being dictated by a nuclear-armed Pyongyang under an unpredictable tyrant, Beijing has more to gain from a reunified nuclear-free Korea under a stable democratic regime that is prosperous and can benefit China's own economy, especially in the northeast provinces bordering Korea. Aiding those North Koreans in their escapes to South Korea is thus in Beijing's interests, as this will help undermine the North Korean regime and hasten its demise.

Second, the fall of the Berlin Wall was possible, in part, because of relatively extensive inter-German contacts in the years before 1989 and thanks to the peculiar situation in Berlin, where millions of Berliners lived within walking distance of each other divided only by a concrete wall. For years prior to 1989, for example, West Germans could visit relatives in East Germany in their homes, and East Germans could access West German media broadcasts, which meant that East Germans on the whole were informed about conditions in the West. Thus, when dramatic changes in Eastern bloc nations took place in the late 1980s, East Germans knew about these changes and were galvanized for action. In Berlin, where East Berliners could literally walk to West Berlin if the East German border guards would let them, East Germans found the weakest link in the iron curtain. On the night of Nov. 9, 1989, East Berliners took matters into their own hands after watching news coverage of a press conference at which a spokesman for the East German Communist Party announced a new law permitting East Germans more freedom to travel and added, mistakenly, that this law would take effect immediately. When the East Berliners decided that this announcement allowed them to pass through the Berlin Wall that very night, they marched to the Wall, and the East German border guards gave in rather than awaiting clear instructions from higher authorities. Developments unfolded spontaneously rather than by a scripted plan.

In contrast, contacts between the two Koreas have been very limited, and there is no place like Berlin along the demilitarized zone (DMZ) separating the Koreas. The sporadic inter-Korean family reunions that have taken place have always been in strictly controlled settings, and South Koreans have never been allowed to visit North Korean relatives in their homes. Although a significant number of North Koreans now have access to South Korean mass media via smuggled DVDs and the like, most are cut off from Internet access and from regular South Korean media broadcasts. Furthermore, the entire length of the DMZ, which is about 4 km wide, is heavily mined and fortified on both sides, and there is no large population center like Berlin which the DMZ bisects, which means there is no point where masses of North Koreans can readily walk across the DMZ in minutes if North Korean guards would let them.

All this points to the dire need for expanding North Koreans' access to the outside world and for promoting more natural inter-Korean exchanges to better inform North Koreans about conditions in the outside world. And this bespeaks of the need for projects along the DMZ that would decrease tension and provide places for easier border crossing. The proposals by South Korea's President Park Geun-hye to build international peace parks along the DMZ are a step in the right direction, as would creating more border crossing points and expanding the scope of the Kaesong Industrial Park to include an international zone along the DMZ where peaceful inter-Korean interactions can take place.

Only after border tensions have been lowered and more extensive inter-Korean human contacts have been established, will conditions become ripe for "accidents" such as those on the night of Nov. 9, 1989, in Germany, which would enable spontaneous actions by peoples of the two Koreas to peacefully overcome the Iron Curtain separating them.

Jongsoo Lee is Senior Managing Director, Brock Securities LLC, and Center Associate at Davis Center for Russian and Eurasian Studies, Harvard University. Lee is the author of The Partition of Korea after World War II: A Global History (Palgrave Macmillan, 2006) and has served as Senior Research Fellow at Asan Institute for Policy Studies. He can be followed on Twitter: @jameslee004.