Is Brexit Actually Good For Europe? 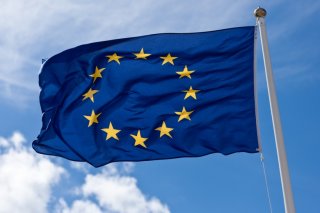 Many ideologies have to achieve power before they can be refuted. Absent what used to be known as really existing socialism—the Gulag, Mao’s Cultural Revolution and so on—millions of people would probably continue to go to the barricades for a classless society. To recognize that there isn’t much choice is daunting. But it’s better than trying to create a utopia on earth with power and violence.

The European Union was increasingly viewed as an institution that is too sick to heal. Bureaucratic, technocratic and clandestine are some of the choice words used to describe its actions. Its represented by the fatuous duo of Jean-Claude Juncker and Martin Schulz. Add in the crisis of the Euro, the continual violation of the Maastricht economic rules and the refugee crisis, and you have a recipe for revived nationalism.

The consequence is increased opposition to a single Europe. In the most recent elections to the European Parliament, about twenty percent of the seats went to EU critics. Whether in France, Great Britain, Denmark, the Netherlands, Austria, Hungary or Poland, populist parties on the right are surging with the promise of springing the chains of the European prison and liberating its inhabitants. On the horizon of this rhetoric glimmers the vision of a healthy, prospering nationalism as an alternative.

Marine Le Pen, Geert Wilders, Nigel Farage and the German representatives of the Alternative for Germany: in their vision—despite some differences—they find a degree of unity. Sometimes Europe’s populists on the right even seem to be closer to each other in their disgust with Europe than the politicians in Brussels who are trying to craft a united Europe.

Now the test has arrived. Since the Brexit result, the exit of a country from Europe is no longer merely a vision. It’s actually occurring, thanks to the referendum. But the belief that a flourishing nationalism can exist outside of the European Union may have some similarities with the idea of a classless society: it’s too good to be true.

So far, the United Kingdom has been plunged into turmoil. The British pound has plummeted, the ratings agencies are cutting the UK’s creditworthiness, and Scotland is planning what might be called its own Scexit—from England so that it can remain in the EU. Meanwhile, Tory leader Boris Johnson is flirting with the idea of maintaining access to the EU market without guaranteeing free movement of peoples, the sticking point that may well have prompted many in the United Kingdom to support Brexit in the first place. But the notion that the EU would accede to such a proposal is naïve—Chancellor Angela Merkel, among others, has made it clear that Britain “cannot expect to have no more obligations but keep [the] privileges” of EU membership.

Might the difficulties that Great Britain is experiencing actually serve as a deterrent to other nations on the continent from embarking upon a similar experiment? The truth is that Brexit is bad for Europe—and worse for the United Kingdom. So Brexit could have the effect of diminishing the attractiveness of spurning the European Union and exposing the self-destructive impulses that lay behind the opposition to it. Indeed, just a few days ago thousands of British subjects converged upon Trafalgar Square to wave EU flags. When was the last time anyone saw such pictures in London?

Malte Lehming is Opinion Editor of Der Tagesspiegel in Berlin.

Image: Flag of the European Union. Photo by Håkan Dahlström, CC BY 2.0.