BREXIT: Time for the U.K. to Up Defense Spending 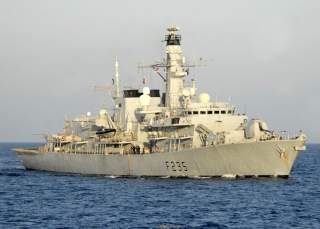 With the decision of Britain's electorate to exit the European Union, British leaders will be searching for the appropriate strategy to anchor their country's foreign policy in the decades to come. Whether one agrees with the "Brexit" gamble or not, it is clear that London will soon find itself in search of a new regional, and global, role once it is no longer a stakeholder in the great European experiment. Whatever path Britain chooses for the years ahead, one point should be clear to all: the United Kingdom has woefully under-invested in its military in recent years. Whoever occupies 10 Downing Street after Prime Minister Cameron leaves office would be well-advised to begin a comprehensive rebuilding of Britain's military power.

Britain's 'Special Relationship' with the United States, cemented by historic and cultural ties and shared sacrifice in both world wars, has long been the fulcrum of London's foreign policy. No two nations in modern history have shared such a unique convergence of values and interests, buttressed by day-to-day defense and intelligence cooperation that would be unimaginable between any other countries. Indeed, the smoothness of Anglo-American cooperation on security issues is such that the rare areas of disagreement between the two have been exhaustively chronicled: Prime Minister Harold Wilson's rejection of Lyndon Johnson's request for British troops in Vietnam; the Reagan Administration's internal squabbling over support for the UK during the Falklands War; or the British Parliament's rejection of Prime Minister Cameron's efforts to support U.S.-led airstrikes against the Assad regime in Syria in 2013. These public ruptures are notable for their rarity- in conflict after conflict, British servicemen have stood shoulder to shoulder with their U.S. counterparts for almost a century.

Yet, over the last several years, the UK's own policies have been gradually erecting a separation between Washington and London on key foreign policy issues. It is not that the values and interests animating the 'Special Relationship' have changed- rather, it is simply that London has chosen a clear neglect of its armed forces at the very moment the United States is most in need of militarily-capable allies.

Spurred by the 2008 global financial crisis, and the British public's fatigue with military adventures after the Iraq and Afghanistan conflicts, the 2010 Strategic Defense and Security Review recommended dramatic reduction in Britain's military capability across the board. This review, initiated by Prime Minister Cameron's government, ultimately reduced British military spending by roughly 8% over four years. Personnel, across all three services, were cut by nearly 17,000 persons. The Royal Navy's aircraft carrier force was reduced to only one such ship (although this decision was later reversed) and the surface fleet reached its smallest level since Henry VIII sat on the throne. Britain, an island nation, was denuded of its maritime patrol aircraft and its Army reduced to less than one hundred thousand active soldiers. The Obama Administration was quick to leak critical, yet anonymous, quotes to the media predicting the eclipse of Britain's indispensable role in U.S. foreign policy by countries like France.

In 2015, these dangerous cuts were revisited by a similar official review, this time with Russia's aggression in Eastern Europe clearly in the background. Unfortunately, Mr. Cameron's government only nibbled around the edges of their earlier mistake, even choosing to double down in certain areas. While large-scale troop decreases were stopped (and even reversed, to the tune of but several hundred additional personnel), difficult decisions about rebuilding the Royal Navy, the guardian of Britain's security since Medieval times, were indefinitely postponed. While the government seemed to recognize the error of its precipitous cuts in 2010, the follow-on version did little to spur a recovery of Britain's lost military capacity or to invest in the platforms and capabilities needed to truly be the "global power" the British Defense Secretary claimed Britain wished to remain.

With an EU exit in sight, Britain will no longer find sanctuary in the foreign policy weight of that soon-to-be 27-member bloc. Rather, it will need to recenter its security policy on the 'Special Relationship' with the United States and its role as Washington's principal North Atlantic Treaty Organization (NATO) collaborator. This does not mean blindly following Washington's diktats- rather, it means fielding a military capable of acting in concert with the U.S. and other partners when mutual interests and values are at stake. Recent years have shown that the atrophy of Britain's military capacity make it difficult for London to play the roles, in both NATO and alongside the United States, that it has traditionally held. Less than a month into the 2011 airstrikes in Libya, Britain was running dangerously short of the munitions needed to execute its objectives. Should Argentina ever attempt another invasion of the Falklands, serious military voices have raised questions as to whether the UK has the military capacity, particularly in amphibious warfare, to reprise its 1982 heroics. And there is little doubt that today's British Army, like many of its peers, would be hard-pressed to fulfill its NATO missions in a serious conflict with Russia in Eastern Europe.

Prime Minister Cameron's successor should immediately undertake a new, extraordinary review of Britain's security requirements in light of the EU exit and serious threats around the world. The objective: to recommend a military of sufficient size and capability to undertake Britain's historic role as a leader of the Western democracies in the battle against extremism and aggression. The British military of the next decade must be significantly larger, more modern, and inter-operable with the U.S. and NATO. It must be expeditionary, or able to get to the fight from long distances in time to make a difference. And it must return to its centuries-old tradition as a dominant sea power, on, above, and below the ocean's surface.

"Brexit" poses many challenges for the United Kingdom, but also opportunities. With a foreign policy that will, by necessity, be less linked to Continental Europe, London has a unique chance to re-orient itself towards its traditional, trans-Atlantic roots. To do that, Britain requires a first-class military. There is no better time than the present to begin that important work.

Alexander B. Gray is senior advisor to a Member of the U.S. House of Representatives, focusing on defense and foreign policy issues. The views expressed here are entirely his own.