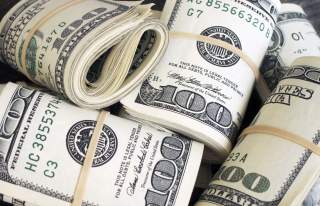 How would you like to receive $500 a month, no strings attached?

Stockton, California, a city outside of Silicon Valley, is providing such benefits to a group of its low-income residents in a pilot version of universal basic income.

Universal basic income is a policy that gives all people a set amount of benefits without requirements or stipulations. After a brief stint of popularity in the 1970s, the idea has resurged in the public interest, with backers including innovators Elon Musk and Mark Zuckerberg, union leader Andy Stern, and even libertarian Charles Murray.

There is no official start date for the program, but Stockton’s mayor, Michael Tubbs, has indicated they will be screening applicants through June. Chris Hughes, co-founder of Facebook, is providing $1 million toward the effort.

To those familiar with the universal basic income debate, the renewed interest in the program is baffling because similar programs have been tested with terrible results.

In the 1970s, the government ran four random control experiments across six states to try the negative income tax, a similar policy proposal that was popular at the time. In each test, the work disincentive effect was disastrous. For every $1,000 in added benefits to a family, there was an average reduction in $660 of wages from work.

There are many reasons universal basic income proposals fail. The policy tends to direct resources to people who do not need them, while increasing dependency and decreasing work across the truly needy population.

The most apparent flaw in the universal basic income proposal is the lack of work requirements. Work requirements are important because they help those in poverty achieve self-sufficiency. Additionally, a vast majority of Americans believe that people should be required to work in exchange for benefits (upwards of 90 percent by The Heritage Foundation’s latest estimates).

Robert Rector, senior welfare policy analyst at The Heritage Foundation, spoke recently about universal basic income with The Daily Signal. In the podcast, he suggested expanding the earned income tax credit, a program that rewards work with benefits, as an alternative to universal basic income.

Rector pointed out that the earned income tax credit “has the same effect as a guaranteed minimum income, but it’s linked to positive contributions to society.” To improve it, Rector suggests making the program more generous and supportive of marriage, as well as working to reduce fraud.

Despite the admirable goals of the Stockton proposal, the program is likely to reduce work, increase dependency, and overburden the taxpayer. Instead of overthrowing our current welfare system, it is better to focus on the initiatives that work.

Strengthening work requirements for major programs and reforming the earned income tax credit would be a good start.