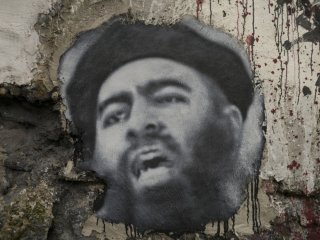 On February 25, 1994, Baruch Goldstein entered the Ibrahimi Mosque, also known as the Cave of the Patriarchs, during dawn prayers and murdered twenty-nine Palestinians. He derived justification for this violence in the way he read sacred Jewish texts. Goldstein was a radical Jewish terrorist. So was Yigal Amir, the man who murdered Israeli Prime Minister Yitzhak Rabin in 1995 based on a particular interpretation of a concept found in the Babylonian Talmud that allows for the murder of someone who puts Jewish lives in danger. That Goldstein and Amir were violent Jewish extremists seems so obvious that it is hardly worth the eighty-something words that I have spent on it. However, when it comes to Muslims and terrorism, naming names seems enormously complicated. Why? I am not sure. It does not seem as problematic as some Muslims and analysts suggests. That said, it is also unclear what purpose stating an event or an organization as “radical Islamic terrorism” serves.

I am not a scholar of religion, but I am fairly certain I am on solid ground when I say that Abu Bakr al-Baghdadi, Ayman al-Zawahiri, Anwar al-Awlaki, Abdelhamid Abaaoud, Syed Rizwan Farook, and Tafsheen Malik are radical Islamist terrorists. They all seek justification for their violence in the selective interpretations of the Quran and the Islamic tradition—including the sunna, the hadith, and the scholarly works of Islamic thinkers across history. They have all declared war on the West. Although he has a doctorate in Islamic studies from the Saddam University for Islamic Studies, I am told that the self-declared caliph’s interpretations of Islam are not learned. That may very well be so, but al-Baghdadi’s lack of sophistication is not sufficient criteria to render the so-called Islamic State “un-Islamic” or “not Islam.” It thus seems clear that the United States is fighting people who are violent Islamist extremists. There is an important distinction to be made between “Islamic” and “Islamist.” The former is an adjective describing something directly related to Islam, a religion. It is also a civilization, which is where we get something called “Islamic art,” for example. The term “Islamist,” however, is related to a particular political style and worldview, one that is authoritarian and moralizing. Some Islamists are not violent; others are very much so. To term something “radical Islamic violence” condemns a religion and leaves one with the erroneous impression that the competing modern interpretations of Islam that specifically refute violent Islamism’s worldview do not exist.

Critics of the Obama administration have consistently demanded that the president take a stand and declare that the United States is fighting “radical Islamic terrorism” (“violent Islamic extremism” is another variant of this phrase that is often repeated) because “we must understand exactly who we are fighting.” As odd as it is to me that people go to some logically contorted length to deny the “Islam-ness” of the Islamic State, the demand that President Obama utter the words “violent Islamic extremism” also seems utterly strange.

Let’s play a thought experiment: Imagine that last night, in his Oval Office address, Obama said, “My fellow Americans, let me be clear: We are at war with radical Islamic terrorism. I know this is uncomfortable for some, but unless we understand who we are fighting, we cannot defeat them.” How exactly would that change the struggle in which we now find ourselves? How would it make the war any easier? I suppose that those who insist the president say “radical Islamic terrorism” and “violent Islamic extremism” would argue that a clear and clarion call concerning the identity of our enemies would galvanize the West to take up the fight and make the sacrifices necessary to march armies on Raqqa. If that is the case, I remain unconvinced. We already know that the dark visions of these extremist groups are inconsistent with the values to which we aspire. Syria remains an extraordinarily complicated military undertaking, whether or not we label the Islamic State as “radical Islam” or “violent extremism.” Most Americans are fearful of radical Islamic terrorism, but seem unwilling to make a significant military commitment to the Middle East again. In addition, calling the Islamic State a violent Islamic extremist group seems to me to a meaningless gesture. Radical Islamic terrorists have groups that go by specific names. What is wrong with saying “we are fighting the Islamic State”? Or declaring that “the enemy is al-Qaeda”?

I have a few friends who will no doubt argue that the real reason Obama and the contenders for the Democratic presidential nomination will not say “radical Islamic terrorism” is because to do so would be politically incorrect. At the risk of doing politics as opposed to policy for the moment, I am willing to guess that political correctness is part of the reason some politicians have been so reluctant to use the phrase. At the same time, given the stomach-turning Islamophobia that has become a feature of mainstream American politics, it is probably prudent not to abet a divisive discourse that pits citizens against each other. In addition, I can understand the concern among many Muslims that Islam, their faith—which is a crucial part of their identity—with all its complexities, is being reduced to violence. Christian, Muslim, and Jewish texts can be interpreted to justify violence, but that does not mean that they are inherently violent religions.

It strikes me that saying “violent Islamic extremism” will make some of us feel good, but it will not likely make a difference in the fight. In March 1983, Ronald Reagan called the Soviet Union an “evil empire.” I am sure it warmed the hearts of the coldest of Cold Warriors, who no doubt saw it as a moment of clarity after the squishy era of détente. Despite what Reaganites may believe, his words did not alter the global struggle between the two superpowers in some fundamental way nor did they hasten the Soviet demise. If politicians want to go ahead and say “radical Islamic terrorism,” I guess they can. But once they do, besides saying they are going to “defeat radical Islamic terrorism,” what are they going to do to about the Islamic State, al-Qaeda, al-Qaeda in the Islamic Magreb, al-Qaeda in the Arabian Peninsula, al-Mourabitoun in Mali, Boko Haram in Nigeria and al-Shabab in Somalia?

Steven A Cook is the Eni Enrico Mattei Senior Fellow for Middle East and Africa Studies at the Council on Foreign Relations. This article first appeared on From the Potomac to the Euphrates.