Can China Revive the G20? 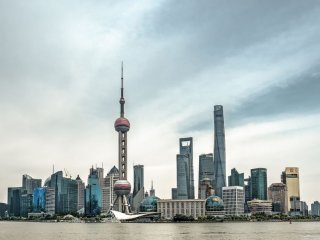 Shanghai will welcome finance ministers and central bank governors for the first major meeting of China's G20 presidency at the end of this week. It should be an instructive meeting for a variety of reasons.

As I point out in the latest G20 Monitor, the global economy continues to face significant short and long-term challenges. This year is likely to be characterized by disappointing growth and persistently high unemployment. The IMF predicts that the global economy will grow at 3.4 percent in 2016, while the OECD just downgraded its 2016 growth forecast from 3.3 percent to 3 percent.

G20 policymakers will be familiar with these preconditions of sluggish, uneven economic growth and mounting risks; these were the same sorts of challenges that influenced the start of Australia’s 2014 presidency and the Turkish 2015 presidency. That said, there seems to be less room for complacency this time around. A crisis seems a more realistic prospect than it was a year ago. What’s more, a repeat of the downward revision of the 0.75–1 percentage point magnitude made in recent years would, to some, be a reflection of global recession (although what constitutes a global recession makes for an fun ongoing debate among technocrats).

The main substantive question for the world going into Shanghai will therefore be: will policymakers agree with the IMF, which has been calling for increased urgency in raising actual and potential output through a mix of demand support (in countries where there is fiscal space) and structural reform?

A related point of interest will be the treatment of the mix of policy settings between monetary and fiscal policy. In Ankara last September, G20 Finance Ministers and Central Bank Governors recognized that monetary policy alone cannot lead to balanced growth.

Yet the global policy mix has, if anything, tilted more towards monetary policy over the past six months. Since the U.S. Federal Reserve lifted interest rates in a much-anticipated move last December, all the action has been the other way. The Bank of Japan has launched negative interest rates and the European Central Bank is on course for more aggressive monetary easing. Speculation is rising about further monetary policy easing across multiple G20 nations. This could have consequences for longer-term financial stability.

A crucial way to take pressure off central banks is for fiscal policy to take up more of the slack. Former U.S. Treasury Secretary Robert Rubin argues that the fundamental question for the globe’s economic future is whether elected leaders around the globe, primarily legislators, will finally move forward on fiscal issues, public investment, and structural reform. The G20 needs to demonstrate more political will.

The G20’s preoccupation for structural reforms in recent years has run up against Jean-Claude Juncker’s famous refrain that “We all know what to do, we just don't know how to get re-elected after we've done it.” So it seems that part of the solution may need to be for further demand support from countries that have the fiscal space, a topic that has been highly challenging in the G20 context, given that in recent years G20 members have been unwilling to explore fiscal stimulus because they were fixated with fixing their budget and debt positions.

Estimates of fiscal space are highly contestable, although the first chart in a recent IMF staff discussion note  provides an interesting indicator of the relative fiscal position of various countries, and the authors (Ostry, Ghosh and Espinoza) argue that reducing debt in the grey area below is likely to be normatively undesirable as the costs involved would be larger than the resulting benefits.

There are also challenges for Chinese domestic economic policymaking and these loom large in the known risks to the global economy in 2016. People’s Bank Of China Governor Zhou has recently taken the welcome step of publicly outlining the Chinese approach to the management of its exchange rate.

There is sure to be in-the-room discussions on the nature of spillovers associated with the Chinese economic transition. I agree with Mike Callaghan in that the Shanghai meeting is unlikely to prompt any country to act differently on global currency tensions, one of the most fractious issues that has appeared on the G20 agenda. It is hard to see a substantive policy role for the G20 in what is a sovereign Chinese matter. Instead, the meeting will probably stick to the well-established script for global currency tensions, plus rhetoric on financial market volatilities, and on the clear communication of well-calibrated policies.   But with increasing doubt over the G20’s effectiveness, the meeting is also important for the G20 itself. The overarching narrative of the G20 is increasingly “good during the crisis, but less relevant over time.” An ineffective Turkish presidency last year meant the G20 had limited impact on economic growth and little influence on multilateral and regional governance. This leaves much to China’s leadership to reinvigorate the G20 process this year amid the sluggish economy and the great potential for domestic economic management to become a major distraction for the host’s agenda.

Part of the challenge will lie in sending a realistic signal about what the G20 is able to accomplish. This will be difficult, as there are high expectations for China’s presidency. China has done all the right things in its preparations—began early, consulted broadly and thought deeply—and, crucially, there seems to be commitment from the upper political echelons to having a substantive G20. China’s hosting of APEC and the Beijing Olympics show it can manage well in the international spotlight.

But boosting global growth outcomes is a step up in scale of challenge and consequence. It requires adroit negotiation and the deft exercise of soft power. The key question is whether China, in its first attempt at driving this kind of agenda, can successfully manage the diverse set of views around the negotiating table within the natural limitations of the forum.

Tristram Sainsbury is a Research Fellow in the G20 Studies Centre at the Lowy Institute. Prior to joining the Institute, Tristram was at the Australian Treasury where worked on G20 policy, focussing mainly on international financial architecture reform, financial regulation reform and G20 growth strategies. This article first appeared in the Interpreter.