Can This Man End Corruption in Nigeria? 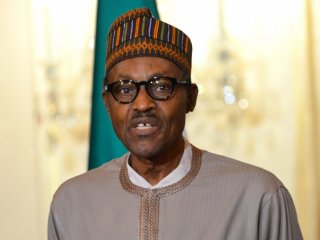 Confronting Nigeria’s culture of corruption was a primary campaign theme of Muhammadu Buhari’s successful campaign for the presidency. Since taking office, he has fired numerous high officials widely regarded as corrupt, made a reputation for incorruptibility a prerequisite for high appointments (though there have been exceptions) and directed the Economic and Financial Crimes Commission to launch investigations into the allegedly corrupt behavior of numerous high-ranking military and civilian officials.

Those arrested have included the former national security advisor, Sambo Dasuki and Delta warlord Tompolo. However, the highest profile arrest was that of Diezani Allison-Maduekwe, the minister of petroleum in the Goodluck Jonathan administration, in London as a result of a British investigation. Nevertheless, President Buhari’s anticorruption campaign has already gone further than that of any of his predecessors since the resumption of civilian government in 1999.

The Buhari administration is continuing to raise the corruption ante. It has just negotiated an agreement with the United Arab Emirates (UAE) on mutual legal assistance on criminal and commercial matters and on extradition and the transfer of sentenced persons. (The package also included agreements on taxation and trade promotion.) These new agreements provide a mechanism for the repatriation to Nigeria of stolen funds from the UAE and the extradition of Nigerians who have fled there.

The Nigerian media is reporting that “panic” among “corrupt” Nigerian officials, whom, it has long been thought, have favored the UAE as a place to park ill-gotten gains. The UAE is a popular destination for wealthy Nigerians because of its highly developed infrastructure and luxurious accommodations. The Premium Times cites an investigator who maintains that at least $200 billion stolen from the Nigerian treasury has been “stashed in banks and invested in properties in Dubai and Abu Dhabi.”