Can the One China Policy Survive the Kenya Incident? 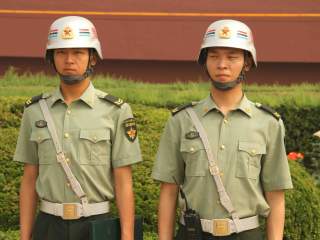 The Chinese Nationalist Party (the KMT, or 中國國民黨) has continuously put the ‘One China Principle’ (一中原則) forward as the basis for which relations between Taiwan and China must be conducted, without which peace in the Taiwan Strait would be severely jeopardised. The Ma administration has touted its adoption of the “1992 Consensus” (九二共識) as the primary reason behind Taiwan’s current stable and peaceful status quo and has stated that it has afforded Taiwan greater freedoms and respect amongst the international community. These claims may have some truth to them, but what Ma Ying-Jeou (馬英九) and his party have failed to address is that in actuality these accomplishments have only been achieved as a result of Beijing feeling adequately appeased. There is no parity in the relationship, and China can change its mind at any point—most recently demonstrated by China resuming diplomatic relations with Gambia despite a supposed truce in taking the other’s official diplomatic allies. Realistically, the only thing that such agreements accomplish is ceding aspects of Taiwanese sovereignty without any guarantee that China will abide by its end of the bargain; this is especially true when it comes to the 1992 Consensus.

The Kenya incident has brought to the forefront the inherent contradiction in the One China Policy, in a way that the Ma administration has up to this point not had to face in practical terms. On April 8 Taiwanese nationals were forcibly deported from Kenya to China after Chinese diplomats allegedly pressured the Kenyan authorities to hand them over to Chinese custody despite being found innocent on the charges against them; a further fifteen Taiwanese nationals will be deported to China after being tear gassed for resisting. To add insult to injury, those being held were denied access to a Taiwanese representative. The events in Kenya demonstrate vividly not only the One China Policy’s irrationality but also its dangers.

When discussing the One China Policy, at least in Taiwan, it is often paired with the 1992 Consensus. However, it must be made clear that in the year 1992, when talks between China and Taiwan took place, no such announcement of a consensus was made, and certainly no agreement was signed. Indeed, Chinese Nationalist Party politician Su Chi (蘇起) confessed to fabricating the term in 2000; furthermore incumbent president at the time Lee Teng-Hui (李登輝) denied any such consensus being reached, denouncing it as “utter rubbish” (嘐潲話—台語). This is coupled with the fact that such a consensus wasn’t even recognised by Beijing until 2008, some sixteen years after it was supposedly agreed upon; it has also never conceded the “different interpretations” so often referenced by Ma.

According to the Ma administration the 1992 Consensus is the shared belief between China and Taiwan that there exists only one China, however each side has its own interpretation of what that China is; China takes ‘One China’ to mean the People’s Republic of China, whilst Ma takes it to mean the Republic of China—Taiwan’s official name. Included in this is the stance that the Republic of China still has sovereignty over the entirety of China; as well as some other territories no longer a part of the PRC, such as Mongolia. In essence, the 1992 Consensus amounts to a type of political jargon used by the Chinese Nationalist Party to veil the One China Policy from a population that by large identifies solely as Taiwanese and not Chinese.

The water is further muddied by the popular usage of the term “status quo.” Ma has often cited the strong support for the maintenance of the status quo as support for his China policies, specifically the 1992 Consensus. It is factual that the majority of people support the “status quo”; however, the general public’s definition of this certainly does not amount to the 1992 Consensus. Poll after poll has demonstrated that not only do the majority of people reject the 1992 Consensus, they support the constitution being revised to remove sovereignty claims over China. This is part of a wider generational shift in favour of a greater Taiwanese consciousness—78.9% of 20-29 year olds do not believe that president-elect Tsai Ing-Wen (蔡英文) should accept the One China Policy, and overall only 19.3% believe she should.

Domestically all major parties have condemned the actions. The difference, however, lies in that most non-Pan-Blue aligned parties (Pan-Green, and nonaligned) have recognised and criticised China in addition to calling for the release of the captives; the Chinese Nationalist Party, on the other hand, has predominantly focused on simply calling on China to release those being held.

The New Power Party (時代力量) has been far more direct and scathing in its criticism of China but also of Ma, acknowledging the fallacy in his One China Policy. They have called for China to apologise, release the captives and also for a renegotiation of the current Cross-Strait Mutual Judicial Cooperation agreement (司法互助協議), citing China’s actions as proof that it is currently not fit for purpose. The NPP’s criticisms were vindicated when China’s Foreign Ministry spokesperson Lu Kang (陸慷) cited the One China Principle as the reason behind the captives being deported to China and commended Kenya for doing so.

Policy wise, the Kenya incident is unlikely to have a significant impact on the Democratic Progressive Party (民主進步黨) as they have never accepted either the One China Policy or the 1992 Consensus. It does have the possibility, however, of giving ‘Deep Green’ (深綠) constituents a louder voice in addition to bolstering President-Elect Tsai’s position of not recognising the 1992 Consensus—to which there was little support amongst voters anyway.

Within the Chinese Nationalist Party, with the election of Hung Hsiu-Chu (洪秀柱) as party chair, the party may have already practically, although not officially, altered its stance on what the 1992 Consensus is. She has openly stated her support for the concept of “One China, Same Interpretation” (一中同表), and has even gone as far to say that the Republic of China doesn’t exist, a truly extraordinary statement for a senior Chinese Nationalist Party member to make. Hung explain this comment to mean in acknowledging that the Republic of China existed then that would be tantamount to acknowledging that two separate sovereign states existed; whilst this is sound reasoning, and far more logical than Ma’s current stance, it clearly runs contrary not just to public opinion but also the views of a great many of the party’s traditional voters.

The 1992 Consensus, which originally could be considered part of pragmatic diplomatic strategy, has become a self-perpetuating fiction. Worse, as the Kenyan Incident demonstrates, this fiction has the real potential to do harm to both Taiwan and its citizens. Consequently, the onus is on the new administration to devise a framework which supplants the One China Policy and safeguards the rights of Taiwanese citizens.

Having spent time in the U.S., Hong Kong and China, Liam Joel Han returns to Taiwan at least once a year. Currently a student in the United Kingdom, his research interests focus on Taiwan’s international relations, security and growing civic identity.