China, America and the "Appeasement" Question 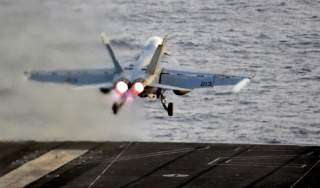 In February 2014, Philippine President Benigno Aquino warned that failure to challenge the People’s Republic of China’s (PRC) territorial seizures in the South China Sea would be repeating the 1930’s era appeasement of Hitler’s Germany. The Chinese were predictably outraged while the rest of the world mostly ignored President Aquino.

“Appeasement” is still a dirty word. But in the 1930’s, until the Nazi’s invaded Poland in September, 1939, European and American elites considered appeasement to be a sophisticated, nuanced approach to dealing with increasingly powerful authoritarian regimes.

To these elites, appeasement was more than simply disarming and letting unpleasant people have their way. Appeasement actually had a coherent logic.

The elites believed that aggressive, authoritarian regimes act the way they do out of fear, insecurity, and at least partly legitimate grievances – such as German resentment of the harsh Treaty of Versailles. Understand and address these issue, remove their fears, and the regimes will become less aggressive and transform into responsible members of the international community and operate under international norms.

Or so the elites argued.

Challenging these regimes could dangerously isolate them and even needlessly provoke them into “miscalculations.”

The elites thought “engagement” and “transparency” were beneficial in their own right, as only good things could come from familiarity with one another. In the 1930’s, the major Western powers all attended each other’s war games. The US Marine Corps even took the German World War I fighter ace, Ernst Udet on a ride in a USMC dive bomber. This “engagement” and “transparency” did not make the Nazis nicer, but perhaps gave them some ideas about dive bombing and “Blitzkreig.” Even the Soviets and Germans had close ties with joint training, military technology development, and raw material shipments to Germany.

There was also extensive political and diplomatic interaction. Close economic ties were believed to be a further hedge against conflict breaking out, and companies such as Ford, IBM, and many others did profitable business in Germany.

The elites believed anything was better than war. Preserving peace, even if sacrificing principles – and certain small nations – was considered wise and statesmanlike. People who criticized appeasement policy in the 1930’s, most notably Winston Churchill, were ridiculed as dolts and war mongers.

We know how this turned out.

Curiously, appeasement (by another name) reappeared even before the end of the war in calls to address Stalin’s ‘fears’ and allow him to dominate Eastern Europe. And throughout the Cold War, in Western academic and government circles it was argued that Soviet behavior was simply a reaction to fears of Western containment. The appeasers protested the peacetime draft as threatening the Russians. They also pushed for unilateral nuclear disarmament, and opposed the Pershing missile deployment and the neutron bomb well into the 1980’s.

Even President Jimmy Carter, once he overcame his “inordinate fear of communism,” tried something akin to appeasement as national policy. It was not until the Soviets invaded Afghanistan that Carter learned his lesson.

It perhaps will take another case of an authoritarian regime rearranging its neighborhood to understand the cost of modern appeasement.

US policy towards China over the last 30 years, and particularly in recent times, seems familiar. The United States does its best to understand the PRC’s concerns and its resentments going back to the Opium Wars and the ‘century of humiliation’, to accommodate these resentments, and to ensure China does not feel threatened. Defense and State Department officials enthusiastically seek greater transparency and openness – especially in the military realm – as such openness is perceived as inherently good.

In return, the PRC is expected to change, to show more respect for human rights and international law and to become a “responsible stakeholder” in the international community.

We now have several decades of empirical evidence to assess this concessionary approach. It has not resulted in improved, less aggressive PRC behavior in the South China Sea or the East China Sea, or even in outer space. Indeed, it seems to have encouraged Chinese assertiveness as manifest in threatening language and behavior towards its neighbors.

Nor has the PRC regime shown more respect for human rights, rule of law, consensual government or freedom of expression for its citizens. Serial intellectual property theft continues unabated, as does support for unsavory dictators.

Nonetheless, we invite the PRC to military exercises and repeat the “engagement” mantra – expecting that one day things will magically improve. Some argue that letting the PRC see US military power will dissuade it from challenging us. Perhaps, but we are just as likely to be seen as naïve or weak. From the Chinese perspective, there is no reason to change since they have done very well without transforming and the PRC has never been stronger. Indeed, the PRC frequently claims that human rights, democracy, and the like are outmoded Western values having nothing to do with China.

This is also demoralizing our allies, who at some point may wonder if they should cut their own deals with the PRC.

Some revisionist historians argue that Neville Chamberlain’s 1930’s era appeasement was in fact a wise stratagem to buy time to rearm. This overlooks that even as late as 1939 when Hitler seized all of Czechoslovakia, the Western democracies still had the military advantage. One can appease oneself into a corner. And the beneficiary of the appeasement usually strengthens to the point it is too hard to restrain without great sacrifice.

One worries that the Chinese seizure of Philippine territory at Scarborough Shoal in 2012 – and the US Government’s unwillingness to even verbally challenge the PRC - might turn out to be this generation’s “Rhineland”. Had the West resisted Hitler in 1936 when he made this first major demand, there would have been no World War II, no Holocaust, and no Cold War.

Our choice about how to deal with the PRC is not simply between either appeasement or treating China as an enemy. Our policy must accommodate options ranging from engagement to forceful confrontation.

Who would not be delighted with a China that stopped threatening its neighbors and followed the civilized world’s rules? While ensuring we and our allies have a resolute defense – both in terms of military capability and the willingness to employ it – it is important to maintain ties and dialogue with the PRC and to provide encouragement and support when it shows clear signs of transforming to a freer, less repressive society.

We should constantly stress that China is welcome as a key player in the international order – but only under certain conditions. The US and other democratic nations have not done enough to require China to adhere to established standards of behavior in exchange for the benefits of joining the global system that has allowed the PRC to prosper.

Human nature and history are a useful guide to where appeasement (by whatever name) leads. And they also show that a strong defense and resolutely standing up for one’s principles is more likely to preserve peace.

Grant Newsham is a Senior Research Fellow at the Japan Forum for Strategic Studies. The views in this article are his own.