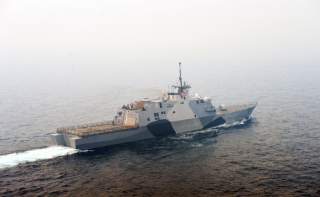 Beijing is fast approaching a Dec. 15 deadline to submit its defense in the arbitration case against its South China Sea claims brought by the Philippines. That case, brought under the UN Convention on the Law of the Sea’s (UNCLOS) compulsory dispute mechanism, is summarized here. The Chinese government has no intention of taking part in it, or refuting the Philippines’ 4,000 pages of evidence and arguments, but it has made sure that the five judges hearing the case in the Permanent Court of Arbitration take China’s arguments against their jurisdiction into account.

To that end, the Ministry of Foreign Affairs on Dec. 7 released a position paper laying out China’s legal objections to the case. Two days earlier the US State Department released a long-awaited analysis of the legality of Beijing’s South China Sea claims through its Limits in the Sea series. The timing of these two releases, both in relation to each other and to the next stage of the arbitration case, suggest that policymakers in Beijing and Washington recognize the value of occupying the legal high ground in the South China Sea and are eager to influence the arbitral tribunal even if they are not directly engaging in the case.

What does China's position paper say?

The core of the Chinese position paper lays out Beijing's arguments for why the arbitral tribunal at The Hague lacks jurisdiction in the Philippines' case. China contends that:

1. At its heart the case is not about interpreting UNCLOS, but about territorial sovereignty - who owns what features - over which UNCLOS has no jurisdiction. This argument is not compelling, at least not in China's formulation that to rule on any of the Philippines' points, the court "would inevitably have to determine, directly or indirectly, the sovereignty over both the maritime features in question and other maritime features in the South China Sea."

2. Even if the case were about UNCLOS, the Philippines had no right to bring it. China argues that the Philippines bound itself in both bilateral statements and especially in the 2002 ASEAN-China Declaration on the Conduct of Parties in the South China Sea (DOC) to only resolve disputes through negotiation. Whether or not any such binding obligation was made is highly suspect, but Manila could easily argue that Chinese violations have nullified the DOC regardless.

China also argues that the Philippines has not met the UNCLOS requirement to only pursue compulsory arbitration after failing to reach a bilateral accord. Beijing insists that despite decades of discussions, "the two countries have never engaged in negotiations with regard to the subject-matter of the arbitration," and even if they did, UNCLOS does not specify a time limit for such negotiations. If accepted, this line of reasoning would preclude a country from ever using compulsory dispute resolution no matter how long another claimant stonewalls discussions.

1. Even if Manila did have the right, China is exempted from compulsory arbitration. This is Beijing's most compelling argument. It rests on China's 2006 declaration, as allowed by UNCLOS, that it is exempt from arbitration on certain topics including maritime delimitation. The Philippines has done an admirable job of framing its case as being about China's obligation to clarify the nine-dash line and about the status of features, not about delimiting disputed waters.

But Manila's argument is not a slam dunk. Most worrying for the Philippines is that its lawyers felt compelled to include an argument about the status of Itu Aba, the largest of the Spratly Islands, in its March 30 submissions to the court. Were the tribunal to rule Itu Aba (or any other feature) an island legally capable of generating a continental shelf, then it would likely undermine parts of the Philippine case, especially those pertaining to low-tide elevations. But it is noteworthy that China's position paper does not detail this point, leaving it to the arbitral judges to connect the dots.

1. Even if China were not exempt, the use of a special arbitral tribunal in cases in which a state has not selected one of the other options for arbitration permitted by UNCLOS violates international law. This is essentially questioning an UNCLOS provision to which China agreed in 1996. It is the least compelling of China's arguments, not least because it is hard to fathom that a court established under the provisions of UNCLOS would feel empowered to overturn the only sensible interpretation of one of those provisions.

It is telling that amid its arguments against the court's jurisdiction, China also touches on the merits of the case (despite insisting in the introduction that it will not do so). In particular, it makes an argument about the ability of a state to make a claim of sovereignty over a low-tide elevation, despite acknowledging that the International Court of Justice in 2012 ruled that such a claim is not permissible. China also defends its actions at Scarborough Shoal and Second Thomas Shoal since 2012, which the Philippines describe as employing the threat of force. Yet the position paper does not address either the status of those features the Philippines identifies as rocks rather than islands, nor does it defend the nine-dash line as a claim to maritime space in accord with UNCLOS - both indicative of the weakness of China's legal position on those points.

What does the US study say?

The State Department's Limits in the Sea studies have examined the maritime claims of dozens of nations, including Indonesia, the Philippines, and Vietnam. The latest report does not touch on the validity of territorial claims over islands in the South China Sea, reiterating the US position of neutrality.

The study's main finding is that "China has not clarified the legal basis or nature of its claim." The study points out that the nine-dash line lacks "geographical consistency and precision," which it underscores by overlaying several Chinese maps showing significant variation in the placement of the dashes. It offers some support for aspects of the Philippine case covering Chinese-occupied rocks and low-tide elevations. At its core, the analysis offers a refutation of the nine-dash line as a valid maritime claim, and thus aligns with the heart of the Philippines' case.

The State Department presents three possible interpretations of the nine-dash line and analyzes their legality. Each of these interpretations are simultaneously supported and contradicted by various Chinese legislation and official pronouncements:

1. A claim to islands and the waters they would generate. The study finds that this could be a legally consistent definition of the nine-dash line but points out that it has major caveats. For one, "states and international courts and tribunals typically accord very small islands far from a mainland coast equal or less weight than opposing coastlines." This means that China could at best justify an exclusive economic zone (EEZ) extending to a median line between its claimed islands and its Southeast Asian neighbors' coastlines.

2. A maritime boundary. The State Department points out that the nine-dash line extends too far beyond any coastline or island to be legally justifiable as the boundary of an EEZ, and certainly not territorial waters. The study also charges that the claim's lack of precision and unilateral declaration fail to meet the basic requirements of a legal maritime boundary.

3. A claim to historic title or rights. This is the most complicated of the legal justifications put forward by Chinese scholars regarding the nine-dash line. The State Department rightly points out that UNCLOS "limits the relevance of historic claims to bays and territorial sea delimitation" near a nation's coast. Nothing in the convention justifies a historical claim of sovereignty or extensive rights far from a coastline.

And contrary to some Chinese scholars' assertions that customary law predating UNCLOS would allow such a claim, the State Department rightly insists that the convention takes precedence. To prove the point, it cites the International Court of Justice's ruling that the advent of EEZs "overrides the prior usage and rights of other States in that area" - a clear refutation of China's claims to historic rights over fisheries and hydrocarbons.

What is next for the arbitration tribunal?

China will not submit anything on Dec. 15 in response to the tribunal's deadline. This means the judges will take it upon themselves to consider the counterarguments that Beijing would have made. This is why the Chinese position paper's release is so important. It has been timed to ensure that the judges ask the right questions, from China's perspective. Experts in China know that Beijing will lose on at least one point if the case goes the distance. The nine-dash line in its current form does not meet any of the requirements of a legal maritime claim - a point the new US study underscores - and requires clarification.

That is why China, even while refusing to officially take part in the proceedings, has invested considerable energy in developing a legal case against jurisdiction. Despite its bluster, Beijing does not want to flout an international tribunal's ruling and incur the opportunity costs that come with being seen as an irresponsible player in the international system.