China Cyber Charges: Take Beijing to the WTO Instead 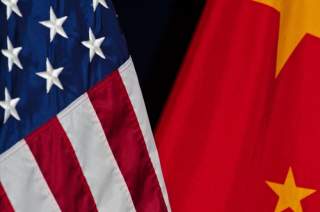 The criminal indictment of five People Liberation Army officers for hacking into the computers of six U.S. companies for economic espionage to steal trade secrets and sensitive information sends a message but the bite has no teeth. The better way to hold China accountable is to take them to a World Trade Organization panel, which could issue a ruling that deals Chinese cyber piracy a telling blow.

The TRIPS Agreement (Trade Related-Aspects of Intellectual Property Rights) provides specific protection against theft of intellectual property. It would enable the U.S. to accomplish confluent goals more effectively than a criminal prosecution that the U.S. will never be able to enforce. First, WTO panels are comprised of distinguished international jurists. That elevates any ruling beyond the confines of what China will brand as unfair, xenophobia. Second, it would be enforceable, enabling the U.S. to apply economic sanctions that cost China real dollars. Third, while WTO proceedings do not permit class actions, the U.S. does not stand alone in its complaint against Chinese cyber piracy. Statecraft, including public diplomacy, could motivate other aggrieved nations to bring their own proceedings. The impact would be cumulative. Fourth, China greatly values its self-image as morally righteous. An adverse finding would knock it off that perch. Finally the burden of proof in a WTO proceeding is far easier to sustain than a criminal indictment in U.S. District Courts. Some WTO decision indicate that once a prima facie case is made, the burden shifts to the party against whom the claim is made. One might argue whether that is the correct standard rather than preponderance of evidence, but clearly WTO proceedings entail a burden of proof that is far less onerous that proving guilty beyond a reasonable doubt.

If the U.S. believes it can prove the latter, it clearly must feel the evidence exists to make the far more difficult case required for a criminal conviction. Exposing Chinese for its theft of intellectual property and doing something about it is long overdue. It was well described even in 1999 by the Cox Report on U.S. national Security and Military/Commercial Concerns with the People’s Republic of China. For years officials from different administrations have demanded that China cease and desist. Instead, they’ve raided our companies for their commercial secrets for which hundreds of millions have been invested. The strategic impact is substantial. Chinese pillaging costs U.S. companies not only capital but the vital technological edge that we need to stay competitive in global markets.

Bringing indictments against Chinese individuals may finesse the Foreign Sovereign Immunities Act, which except in narrow circumstances obstructs an effort to hold a foreign nation accountable in our courts. The U.S. should certainly proceed with those cases. One hopes they produce convictions. That would send one strong message to the international community that Chinese cyber piracy is unacceptable and violates international norms. But combining that with a WTO proceeding, and a strong campaign that uses public diplomacy and strategic communication to shine a light on Chinese guilt, seems likely to achieve greater impact.

China may dislike the idea of criminal convictions against PLA members in a U.S. court. That’s nothing compared to being branded a pirate in a forum of internationally sanctioned justice for theft of intellectual property. If we’re going after the Chinese, we need to be hard-nosed and give no quarter. A WTO victory would be substantive and for the Chinese, it would hurt. China won’t refrain from piracy because that’s the right thing to do. It will act only when it perceives the cost of piracy exceeds the benefits. This is the way to achieve that result.

James Farwell is an attorney and expert in cyber who has advised the Department of Defense and the U.S. SPECIAL OPERATIONS COMMAND. He is the author of Persuasion & Power (Washington: Georgetown University Press, 2012).  Darby Arakelian is a former CIA Officer and a national security expert. The views expressed are their own and do not represent those of the U.S. Government or any of its agencies, COCOM, or departments.