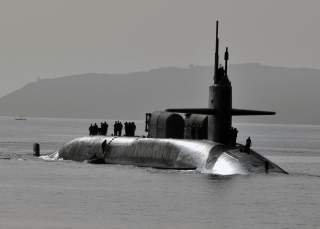 Across vast stretches of the ocean, China is building a network of underwater sensors to detect submarines and strengthen its navy as the nation projects power further abroad.

The underwater surveillance network, which has already been deployed, uses a combination of buoys, unmanned submersibles, ships  and satellites to gather data on the world’s waterways. The sensors seem innocuous, measuring water temperature, salinity, currents and oxygen levels, but this scientific data is critical for underwater military operations.

Submarines rely on sonar to discover, track, and attack targets, but the temperature and salinity of water determines how fast and in which direction sound waves travel. These factors must be taken into account when determining the position of enemy vessels as well as when navigating treacherous areas.

For decades, the U.S. Navy has been gathering this type of data around the world’s oceans, and in recent years has turned to unmanned gliders. In 2016 shortly after Trump was elected, China seized a U.S. glider operating in international waters in the South China Sea, sparking an international incident.

With the Trump administration growing more confrontational and the U.S. Navy increasing its patrols in the disputed waters of the South China Sea, China has sought to rapidly improve its deep-sea data collection abilities.

Last year, China successfully tested a network of twelve underwater gliders that can travel for a month at a time. But unlike American gliders, the Chinese version is capable of transmitting data back in real-time. China has also set the record for the deepest and longest dives with its underwater gliders.

“The military can use the temperature and salt-level data from the deep to build a complete, precise model of the physical ocean,” explained Yu Jiancheng, the lead scientist on China’s glider project.

“The model will help submarines to avoid dangerous areas and predict the occurrence of deathtrap currents, which might jeopardize a naval operation.”

In addition to gliders, China has also built a communications network more than 1,300 feet below the surface of the western Pacific. The deep-sea sensors are continuously feeding data to satellites via solar-powered buoys. The collected information is then transmitted to three intelligence centers where it is analyzed.

In the event that Chinese submarines must stay hidden and cannot surface to receive data, they have been equipped with powerful algorithms that can predict water conditions based on the limited information collected from a vessel’s sensors.

The Chinese sensor network stretches from the first island chain to the east coast of Africa across the western Pacific and Indian Oceans. This area largely falls under trading routes that China hopes to dramatically expand with its Belt and Road Initiative.

But more than just protecting its trade interests, China’s increased maritime activity is aimed at deterring the U.S. Navy.

Earlier this month, China revealed that it has embedded two advanced acoustic sensors in the deep ocean near Guam, the largest U.S. military base in the Western Pacific. In addition to scientific research, the powerful acoustic sensors can detect the movement of submarines in the South China Sea and could even intercept communications.

According to James Lewis, senior vice president at the Center for Strategic and International Studies, this sensor network is a sign of China’s growing might as a nation.

“China has become a great power and is acting like one,” Lewis told the South China Morning Post. “All great powers put sensor arrays at the bottom of the ocean for anti-submarine warfare.”

But compared to the capabilities of the U.S. Navy, China still has a long way to go.

Yu Yongqiang, a senior scientist with the Institute of Atmospheric Physics who is helping to oversee the installation of China’s underwater sensor network, said that while China has made significant strides in its offensive submarine capabilities, the nation still lags far behind the United States.

“We have made just a small step in a long march,” Yu said.