Is China Heading to the Moon? 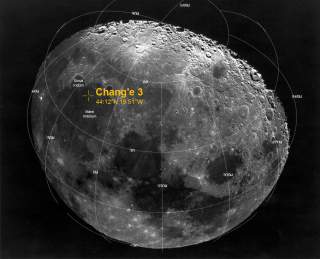 More information from the state-owned China Aerospace Science and Technology Corp (CASC) also confirmed the plan, as the company has commenced conceptual designs for a manned spaceship, a propulsion vehicle and a lunar lander.

China on Monday called for submissions of “innovative design ideas” for a manned lunar landing and ascent vehicle to be used for its own version of the US Apollo program.

Yang Liwei, the first Chinese national to enter space and currently director of the China Manned Space Engineering Office, revealed for the first time in June last year that China was making preliminary assessments for a manned lunar exploration mission.

“Men on the moon may soon be Chinese” – that’s the headline of a feature that appeared on state broadcaster China Central Television’s science channel promoting a nationwide public engagement campaign.

More information from the state-owned China Aerospace Science and Technology Corp (CASC) also confirmed the plan, as the company has commenced conceptual designs for a manned spaceship, a propulsion vehicle and a lunar lander.

CASC president Wu Yansheng told Xinhua that the manned spaceship and the lunar lander would be sent into circumlunar orbit separately, hinting at a timetable that could go beyond 2030, as by then China should be able to develop more powerful heavy carrier rockets to catapult space shuttles into space and further to the trans-lunar orbit.

Long-term vision also includes, first, a robotic research outpost and then a manned facility on the moon.

The US is currently the only nation that has sent astronauts to the moon, with the first landing in 1969 by Apollo 11.

China started sending robotic probes to the moon in 2007. This program included Chang’e-3, which carried the first Chinese lunar rover to the moon in December 2013.

Chang’e-4 will be launched before the end of this year and will land, for the first time in China’s lunar-exploration program, on the far side of the moon, the side that cannot be seen from Earth.

Chang’e-4 will land on the Aitken Basin of the south lunar pole and will explore the sphere’s early history, and it will also take advantage of the far side’s shield against Earth’s interference to make clearer observations into space.

Before that, a relay satellite christened Queqiao, referring to the legendary bridge in the Milky Way in ancient Chinese mythology, will be launched in May.

This week Beijing also launched a new round of selections for 17 to 18 taikonauts for future space station missions. Candidates will include People’s Liberation Army Air Force pilots as well as engineers and payload specialists. Female applicants will also be accepted.

China selected its first group of 14 astronauts in 1998 and the second, a group of seven, in 2010. They have successfully completed six manned space missions.

China plans to start assembling a space station in space in 2020, which is expected to be up and running by 2022.

A domestically designed underwater training suit for taikonauts, the result of three years of research and development, was also unveiled in Beijing last Friday.

The suit is for use underwater in simulated weightlessness as part of extra-vehicular training.