China Must Shed Light on its Cultural Revolution 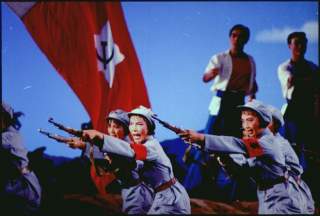 Fifty years ago today, the public release of the May 16 notification marked the start of the Cultural Revolution, a ten-year nightmare for the Chinese nation, in addition to being one of the most disgusting periods of evil demonstrated in world history. Recently, the non-official debates among general public have been largely focusing on whether there will be another Cultural Revolution. Those who are optimistic think it is impossible for China to see another Cultural Revolution. Since the reform and opening-up in 1978, China lost the ideological, political and economic soil as well as the authoritarian leadership to mobilize the modern-day masses, who have better education, a broader outlook and independent thinking. Moreover, most Chinese leaders, vested interest groups and emerging middle classes will not allow another Cultural Revolution to occur.

China always tries to teach its neighbor Japan that “Forgetting history is a betrayal, and denying a crime is to repeat a crime”, but it commits the same mistake when facing its own alleged crimes from the past. The best way to avoid repeating a mistake is to bravely confront it and draw reasonable and profound lessons from it. In this regard, China should learn from Germany, which has fully and repeatedly conducted decades-long introspection of the Holocaust during the Nazi regime.

Unfortunately, none of China’s leaders possesses either the willingness, courage or capability to deeply review the Cultural Revolution beyond the untouchable conclusion base on the “Resolution on Certain Questions in the History of Our Party Since the Founding of the People's Republic of China (June 1981)”, which gave the appearance of addressing the Cultural Revolution, but without a thorough introspection.

During this sensitive fiftieth anniversary, a sensitive time, the official silence inside mainland China and the intensive discussions outside, one cannot help but wonder: who has the right to claim the Cultural Revolution as part of their history?

Chinese leaders worry that public discourse of the Cultural Revolution may divide the nation, cause social chaos and jeopardize the Party’s legitimacy. That may be a valid concern, but the truth will come to light sooner or later, and self-disclosure and being uncovered by others will reveal totally different stories.

The Cultural Revolution was indeed a shame for our Chinese nation, but it will be more shameful for us to try to cover it with self-deception. Instead, we should wisely follow the Chinese proverb “A fault confessed is half redressed.” (zhī cuò néng gǎi, shàn mò dà yān) After all, it is our Cultural Revolution!

Sun Xi, a 1980s China-born alumnus of the Lee Kuan Yew School of Public Policy at the National University of Singapore, is a senior investment analyst and independent commentary writer based in Singapore.