China Now Has the Lowest Fertility Rate in the World 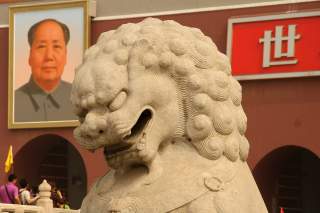 I have been closely watching China’s population policy for about forty years and arrived in China for my first work stint (with the United Nations Population Fund) in 1980 just after the one child policy was launched. I was in China for my latest work stint (with Columbia University) when it officially ended on January 1, 2016. Even while the total fertility rate, a rough approximation of the number of children a woman has over her reproductive years, had already dropped from about six to less than three, the population “problem” was one of the first issues Deng Xiaoping tackled as part of the Four Modernizations, setting a goal to keep the population at 1.2 billion by 2000 as part of the formula for quadrupling China’s GDP within the same period. It quickly became evident that the target driven program being implemented by local officials was leading, in some cases, to serious rights abuses. But criticism of the policy within China was not permitted, and despite international pressure, the program continued for thirty-five years. The regulations, stiff fines, bureaucratic procedures, and documented abuses used to enforce the policy are well known.

What is less known is that China’s fertility rate was already declining when the policy came into force. It was not that women were having too many children, but that too many women were having children, the result of rapid population increase due to health improvements—less infant mortality and greater life expectancy—and an earlier baby boom generation about to enter the reproductive years. That fertility decline continued, similar to declines in neighboring East Asian countries like Korea and Taiwan, with an educated and healthy workforce that included working women. In an article last year in the China Journal, Marty Whyte, Wang Feng, and Cai Yong argued that China’s population size would have been about the same in 2015 without the policy.

China is now about to face the consequences of that thirty-seven year policy as the age and sex ratio distortions resulting from the policy play out over the next decades. The long delay in ending the policy, despite behind-the-scenes advocacy (two proposals to the leadership in 2004 and 2009) and dire warnings from many of China’s leading economists and demographers since the early 2000s, is partly because many senior government officials attributed China’s economic juggernaut that started in the 1980s to its decision to control its population growth. However, the demographic dividend that fueled it was already in place before the policy was implemented and is now rapidly disappearing due to the policy. There is already a steep drop-off in new labor entrants, contributing to higher labor costs relative to places like Bangladesh and Vietnam, and providing less workers to generate pension payments to the growing elderly population. New labor force entrants declined by 3.45 million in 2012, and by 2023, will decline by about 8 million a year. China’s elderly population (over sixty), already 14 percent, will grow to 24 percent of the population by 2030. While Japan became rich before its population aged, China will not. Moreover, China’s skewed sex ratio at birth, officially at 120 boys for every 100 girls born (but as high as 143 to 100 in rural areas for second births), exacerbated a long tradition of son preference and has created a generation of extra men. The poorest have trouble finding wives and this problem is likely to persist for a long time, driving fertility lower. Noted demographer Zeng Yi and his coauthor Therese Hesketh, in a recent article in the Lancet, say that it will take at least two decades for the policy change to have any impact on the age and sex ratio distortions. Together with the social changes that have liberated young educated women to pursue careers over marriage, there are far fewer women getting married in their twenties and having babies, further driving down fertility.

China began relaxing the one-child policy in November 2013 for some couples (in which one member was an only child). Given the tepid response, the policy was fully relaxed on January 1, 2016, and now everyone in China is allowed to have two children.  But many are not interested and the response has been lackluster, despite an initial burst of built up demand. China now has the lowest fertility rate in the world—1.05 according to China’s 2016 State Statistical Bureau data and reported by Liang Jianzhang and Huang Wenzheng in a recent Caixin article.  Liang, the CEO of C-Trip, has been an ardent advocate of policy change. China has been in “below replacement fertility” (under 2.1 births per woman) since about 1990 and there is little hope of reversing this. The new normal, after thirty-five years of non-stop propaganda and exhortations to control births, is that one is enough and for some, even that is too many. The desire for large numbers of children had already begun to change before the policy was implemented, but thirty years of constant reminders about China’s population problem and restrictions on births created a new norm. Most urban youth are only children and that feels normal. Rural youth migrate to the cities for jobs and when they do marry and give birth, leave the child behind with elderly parents in their home villages since hukou (registered residency) entitlements for schooling and health care are not portable and the costs of housing, schooling, and education in the cities are prohibitive. Most do not want more children and the policy change can best be described as too little, too late.

Restrictions and bureaucratic procedures remain for couples desiring more than two children. These, too, should be lifted immediately and reproductive freedom returned to China’s population, which will be shrinking in size in any case. The one-child policy and its associated abuses and cumbersome bureaucratic procedures may go down in history as the policy that was not needed and that intruded upon and defined the personal lives of a fifth of humanity between 1980 and 2015.