China vs. America: 4 Reasons Either Superpower Would Win a War 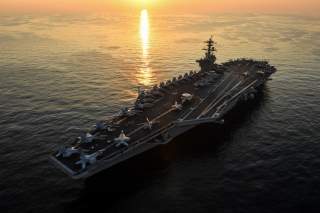