China vs. America: Why the Korean War Was Total Hell (And It’s Not Over) 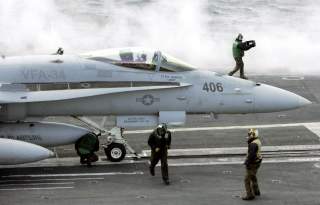 The Korean War dragged on for nearly two years after the settlement of the key strategic issues became clear. Nevertheless, poor communication between Washington and Beijing, combined with reputational concerns on both sides, inflated minor issues—such as POW repatriation—and extended the war well beyond its productive limits. That the United States viewed its conflict with China as a proxy war complicated the problem, as American policy makers became obsessed with the message that every action sent to the Soviet Union. In any future conflict, even as political questions associated with escalation and reputation loom large, Beijing can likely count on having Washington’s full, focused attention.