China Won’t Back Down in the South China Sea 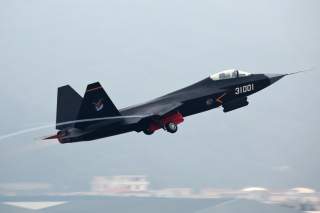 The findings of the South China Sea Arbitration conducted at The Hague refutes China claim of indisputable sovereignty, and invalidates the ‘nine-dash line’ as a mechanism to delineate that claim—a heavy defeat for China. As expected, China has rejected the ruling. So what’s Beijing’s next likely move?

This dispute is one aspect of a broader Chinese ambition towards rejuvenation under a China Dream and restoration to ‘middle kingdom’ status that would see its neighbors in Southeast Asia relegated to tributary powers. That new Chinese hegemony would challenge US strategic primacy in Asia. The crisis feeds into a Chinese narrative of a ‘Century of Humiliation’ promoted by the Chinese Communist Party (CCP) to sustain its political legitimacy. So suddenly backing down on a critical Chinese interest would be an intolerable blow to CCP legitimacy, and in particular the reputation of Xi Jinping.

China will use soft power and diplomacy to counter global responses against Beijing’s repudiation of a rules-based international order, but its steady challenge to that order won’t waver, and Beijing won’t back down in the South China Sea.

From a military perspective, Chinese control of the South China Sea allows the extension of a PLA anti-access and area denial (A2/AD) ‘bubble’ (here, here, and here) further to the south and east. That allows the PLA to fully employ more advanced submarine and naval surface combatants, longer-ranged strike warfare, and more sophisticated air power to delay or deter US military intervention in any future regional crisis, such as over Taiwan, and support People’s Liberation Army Navy (PLAN) power projection into the Indian Ocean. The South China Sea is also a bastion for China’s Jin class SSBNs and the follow-on Type 096 Tang class SSBNs, particularly in the in the China Sea Basin south of China’s main SSBN base at Hainan Island, which has a maximum depth of 6,000 metres.

Beijing has already made it extremely difficult for ASEAN to reach a unified position on the rival claims to the South China Sea and is sure to continue to coerce the organisation, particularly at the ASEAN Foreign Minister’s meeting in Laos from the 21–26 July. It’ll try to do a deal with unpredictable Philippines’ President Rodrigo Duterte, who has suggested bilateral negotiations with Beijing. It may walk away from long-running negotiations over a multilateral ‘Code of Conduct’. It’ll continue to use both diplomatic pressure and bilateral economic inducements to buy off individual states.

China may also choose to go hard and press claims through military power. That would allow Beijing to demonstrate to the US, Japan and the region—as well as its domestic population—that it won’t be cowed. China has employed ‘grey zone’ actions that keep the use of coercive power below a level that would generate a retaliatory response from the US. Were China to shift above that level, the potential for miscalculation on either side could generate a rapid escalation of events, leading to a military conflict that China simply couldn’t afford to lose, but ultimately may not have the means to win.

There are some clear military steps (and here) that China could contemplate. It has already militarized disputed islands in the Paracels, so extending this to the Spratly Islands is a logical next step. That could include deploying combat aircraft, ground-based missile systems for air defense and anti-surface warfare, and naval forces to artificially created structures on Fiery Cross Reef, Mischief Reef, and Cuarteron Reef. China may contemplate fortifying Scarborough Shoal—a mere 150nm from Manila—or seizing Second Thomas Shoal and ejecting Philippines Marine forces there. Beijing could declare an Air Defense Identification Zone (ADIZ) over parts or all of the South China Sea—and rigorously enforce such an ADIZ using air capabilities deployed forward to artificial structures in the Spratly Islands. Finally, China could use its Coast Guard and ‘strategic fishing fleets’ even more assertively to challenge the interests of other claimants, and allow these ‘white hulls’ and ‘little blue men’ (and here) to be supported more directly by PLAN ‘grey hulls’ in a manner that forces China’s opponents to back down.

The Arbitral Tribunal ruling has thrown down a gauntlet to Beijing that it must respond to. At the moment, a strong US naval force in the South China Sea centered on the aircraft carrier USS Ronald Reagan, constrains China’s freedom to act. Absent that forward US military presence, China could calculate a window of opportunity exists in the last months of an Obama Administration, which prefers leading from behind. That could prompt it to act while the US is distracted with a presidential election and seek to present a fait accompli to an incoming administration. Importantly, China probably calculates a tougher ride with a President Clinton, and an entirely unpredictable situation with a President Trump. So from Beijing’s vantage point it may be better to act now rather than risk being deterred in the near future.

Certainly military options carry the risk of miscalculation and escalation, and weaken China’s claim to a peaceful rise, but this cost must be balanced against risk in not acting. Failure to act decisively by Beijing could reinforce a domestic perception of a regime ‘all at sea’ with no clear idea how to proceed further, which would then have implications for regime legitimacy and domestic stability. Already Chinese censors are trying to keep a lid on nationalist anger. Fear of domestic unrest may prompt the Central Military Commission in Beijing to consider the military options more closely.