China's Challenge to the Global Order: Taking the "Careful" Approach? 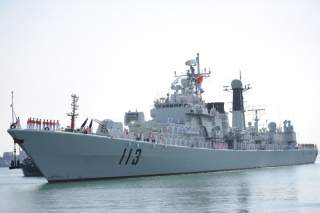 Media coverage will probably be quick to recognize that Xi Jinping's latest speech on Chinese foreign policy is a big deal. But the headline writers are missing the story if they focus on his pledge to uphold China's claims in maritime disputes.

As someone who has done more than his share of professional worrying about the strategic implications of China's rise, I've surprised myself by reading this speech quite differently. Yes, it is challenge to the world order we know, but not a confrontational or a jarring one. It's subtle, and other countries should be relieved, as well as cautious.

The good news is that Xi's speech is much more about diplomacy than raw power. It follows a season of statesmanship in hosting APEC and President Obama, advancing Chinese interests in a non-confrontational manner at the East Asia Summit and the G20, and successful visits to reassure Australia and New Zealand about China's intentions.

One way to read this speech is that it knits together China's ambitious diplomatic initiatives to change the Asian and global order, from a new infrastructure bank to new security conferences. Therefore it affirms China's intent to challenge that order, albeit carefully.

It underscores China's determination to defend and advance its maritime claims and interests, develop a “maritime silk road” of economic, diplomatic and security links across China's version of the Indo-Pacific, and develop the capabilities to protect its growing overseas presence.

But the speech is also important for its notes of prudence and restraint, with an emphasis on better communicating China's “soft power” message. It places weight on building regional institutions and a global network of partners. It contains reminders about the non-use of force and even respect for international law.

Given such continuing Chinese activities as island-building in disputed parts of the South China Sea, these words will naturally be greeted with some skepticism.

But they could be taken as signals that Xi wants to channel China's deep currents of nationalism away from excessive risk-taking and adventurism. After two years of risky encounters in the East China Sea and the South China Sea, Xi has lately emphasized a need for crisis-management and “confidence-building” measures with foreign navies. He has signed an agreement with Obama on this issue, and endorsed new efforts at military risk-reduction with Japan.

Whether they liked it or not, the PLA brass found themselves repeatedly endorsing the concept of CBMs at their Xiangshan Forum, the Chinese military's answer to the Shangri-La Dialogue, which I attended in Beijing not long ago.

Until this year, a confusing credo of Chinese maritime military diplomacy seemed to be that there was no point developing incidents-at-sea rules and crisis-management mechanisms with other countries until strategic trust – that is, the removal of disputes – had been somehow brought into existence. I always found this a fiction to permit Chinese tactical risk-taking for strategic advantage. It is a logic now consigned to the memory hole. My 2011 assessment Crisis and Confidence thankfully needs a major update.

At least since his in-principle support of military CBMs at the Sunnylands summit last year, it seems Xi Jinping has wanted to put some sensible political constraints on military risk-taking. Now he is making some progress, although it is still far from clear that the PLA is willing to develop comprehensive protocols, let alone implement them. Still, one positive dimension of Xi's speech is that it would be consistent with continuing efforts to exert control over the PLA to ensure its short-term actions do not jeopardize peaceful relations and China's long-term interests.

Until just recently, China's charm diplomacy in Asia had been foundering. In the past 12 months, China managed to alienate Japan, the US, Australia and others with its Air Defense Identification Zone, to unsettle Vietnam and other parts of Southeast Asia with its unprovoked oil-rig deployment in the South China Sea, and to spoil a chance to woo India's new leader by mixing provocative PLA forays with sensible economic diplomacy. The net effect of these premature powerplays  – combined with the strategic anxiety, coalition-building and deterrence response they have prompted — has been to inflict needless self-harm on China's interests.

In the past few months, Chinese diplomacy has worked variously to sidestep, repair or move beyond that damage. Xi's speech can be read in part as the capstone of this new campaign.

China experts often point out how little outsiders really know of the hows or whys of Chinese foreign policy. But foreign governments and the analysts that advise them have no choice but to make judgments to guide their own policy responses. So my working assumption is this: Xi's speech is informed, above all, by a tension between two things. One is an awareness (however overstated) of the long-term trends conducive to China's relative influence and prosperity. The other is an appreciation of the short-term risks, miscalculations and missteps that could yet prevent the China Dream from coming true.

Xi's speech will not bring great comfort to friends of the US-led global order, and should compel them to play a smarter game. But being at least as much about diplomacy as about power, it is better than the alternatives.