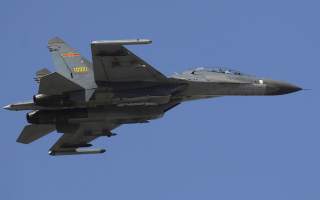 In the past 48 hours, the temperature in the South China Sea has risen significantly.

The first development came with reports that China had placed air defenses and other weapons on the artificial islands it has built in the Spratly Islands area.

The Chinese themselves have indicated that they have done so, arguing that such actions are “fair and legal,” consistent with self-defense of Chinese territory.

These statements from China clearly ignore the findings of the Permanent Court of Arbitration at The Hague, which earlier this year rejected China’s claim of “historic rights” to the various features in the Spratlys area.

The election of Rodrigo Duterte as Philippine president, whose dislike of the United States and President Barack Obama have been amply demonstrated, appeared to open the door to a resetting of Chinese-Philippine relations.

The Philippines regained access to fishing grounds near Scarborough Shoal (outside the Spratlys area), although China did not relinquish its major presence in the area. Duterte made no move to capitalize on the court’s rulings in its public engagement with Beijing.

Far more worrisome is China’s decision to seize an unmanned underwater vehicle of the United States Navy in the South China Sea.

As the official Pentagon press release indicates, an unmanned underwater vehicle under the control of the U.S. Navy vessel USNS Bowditch was seized by Chinese navy sailors while it was operating 50 nautical miles northwest of Subic Bay.

This means that the Chinese seized an operating vessel (i.e. not “abandoned,” nor subject to salvage) in waters that were clearly within the Philippine exclusive economic zone. Efforts by the USNS Bowditch to obtain its return from the Chinese naval vessel were acknowledged but ignored.

For China, such a move should not be very surprising. The failure of the United States to support its position on freedom of the seas led to a three-year hiatus on freedom of navigation operations.

Subsequent efforts were “innocent passage” actions, in some cases, implicitly acknowledging that China’s artificial islands exert a territorial sea claim—and even these innocent passage activities have been sporadic.

Tellingly, only one has been conducted since the Permanent Court of Arbitration ruling in July 2016, and that one occurred outside the area covered in the ruling.

Given the lack of American resolve, the Chinese may well feel that the seizure of an American Navy vessel on the high seas carries little risk of a response from the Obama administration.

At the same time, it provides Beijing with an opportunity to potentially change the terms of the U.S.-China relationship, especially as President-elect Donald Trump prepares to assume office.

Trump has raised Chinese concerns, first by taking a call from President Tsai Ing-wen of Taiwan, and then suggesting that there may be a review of the “one-China” policy once he assumes office.

By seizing an unmanned vehicle, Beijing may believe that it has undertaken a relatively minor move, which is nonetheless “in your face” to the United States.

This could be the start of establishing a new baseline of conduct, essentially a “new normal,” putting the U.S. president-elect on notice that China will be even more assertive under his presidency than in the past. Therefore, it is up to the U.S. to back down.

But alternatively, this may be an effort by China to establish itself as unpredictable and assertive, as a bargaining stance with the incoming Trump administration.

Thus, it is also possible that Beijing intends to ratchet up tensions, so as to reduce them after Jan. 20, thereby signaling a willingness to work with the Trump administration so long as Trump is willing to work with it.

In either case, by acting prior to Trump’s taking office, the Chinese have given themselves the room to maneuver by both not forcing Trump to be the main respondent, and by retaining the option of altering their actions after Jan. 20.

What is clear, however, is that Beijing has little intention of compromising on its overall claims to the South China Sea, whoever is president.

If regional stability is to be maintained, Trump and Obama will need to coordinate their responses and policies with one another.