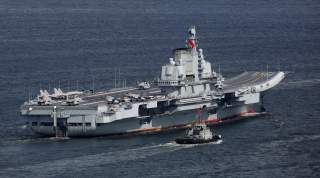 China will use one or more electromagnetic catapults for fighter jets on its third aircraft carrier, the Beijing-based Global Times has revealed, citing an anonymous expert within the military.

The state-of-the-art catapults, which use a linear induction motor, were chosen instead of conventional steam-driven designs after senior People’s Liberation Army (PLA) officers watched a test flight by a fighter plane.

Beijing-based naval expert Li Jie said steam-driven catapults were generally preferred over electromagnetic ones because they were viewed as more more secure, however thousands of successful tests of ground-based electromagnetic prototypes had largely dissolved any misgivings.

China’s first carrier, the Liaoning, deployed a third type of catapult, a  ski jump that launches planes off the bow. However, ten of the 11 aircraft carriers in use with US naval forces use steam catapults.

The new vessel, which will be China’s third carrier but only the second designed and built domestically, was given the go-ahead by the Central Military Commission, the PLA’s command and control body.

Ma Weiming, an academician with the Chinese Academy of Sciences, is the brain behind China’s technological leap forward into electromagnetic catapults, which will make the PLA the world’s second military force to use linear motor drives. The US Navy has installed an electromagnetic system on its newly-commissioned super carrier Ford.

“Our technicians are now cracking the hurdle of energy transmission and conservation and once that challenge is surmounted, we’ll then be able to build electromagnetic launch systems,” a PLA navy admiral told CCTV in November.

China is still developing its second locally-built carrier, which will be larger (at least 80,000 tons in full displacement) than the first vessel and will likely have a totally flat deck instead of an upward-curved ramp to accommodate the electromagnetic launch system.

There is still some doubt that the carrier will utilize a linear motor launch system, with many observers convinced it will end up being  steam-propelled. China still needs to come up with a formula for steam-electricity conversion capacitance (electrical charge storage) and distribution, as electromagnetic catapults are power guzzlers.