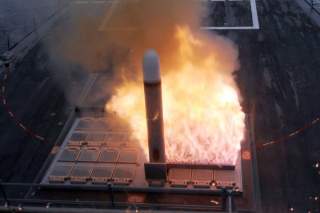 China is waging a relentless propaganda campaign against its opponents in the South China Sea. Following the Hague arbitral tribunal’s verdict rejecting Beijing’s historical rights within the nine-dash line, China’s publicity managers have raised their game with devastating effect. With well-timed reports suggesting a plan for a Chinese ADIZ in the South China Sea, the fresh reclamation of reefs and shoals in the Spratly group of islands and even reports of military aircraft patrols over the disputed islands, they’ve managed to convince many regional watchers that China has emerged as a dominant maritime power in the Asia–Pacific.

Meanwhile, Beijing’s kept an eye on the evolving situation in contested regional littorals. Chinese leaders know that for the military posturing to be effective, an illusion needs to be created that if pushed hard, the People’s Liberation Army won’t desist from initiating hostilities. Beijing’s latest gambit is the release of a media report about the development of a family of cruise missiles with artificial intelligence (AI) and autonomous capabilities. Apparently, China’s aerospace industry is working to equip its tactical missiles with in-built intelligence that would help them seek out targets in combat. The ‘plug and play’ approach, the report says, could potentially enable China’s military commanders to launch missiles tailor-made for specific combat conditions.

Expectedly, Chinese sources offer no clarifications for what “tailor-made cruise missiles with high levels of artificial intelligence and automation” really means. Apart from reiterating China’s global leadership status in the field of artificial intelligence, the report doesn’t provide any insight into the specific nature of the autonomous capability being developed. The PLA, too, has maintained a conspicuous silence over its plans to provide real AI in its combat missiles. This, despite its public pursuit of advanced long-range precision strike weapons, including a family of modular cruise missiles with retarget in-flight capability like Block IV Tomahawks.

Part of the problem here is the dichotomy between the theoretical definition of AI and its popular interpretation. Technically, AI is any onboard intelligence that allows machines in combat to execute regular tasks, allowing human operators more time to focus on demanding and complex missions. In theory, AI provides the technology to augment human decision-making by capturing knowledge that can be re-applied to enable critical high-tempo operations.

In practice, however, AI is a term used for a combat system that has the ability to take targeting decisions. It’s more in the realm of ‘who to target’, rather than ‘how to target’—a task that guided missiles have been performing for some time with reasonable precision. Maritime forces, however, remain skeptical of autonomous weapon systems targeting an enemy platform, which is universally construed as an act of war. The decision to execute a missile launch is still considered to be exclusive preserve of the command team (led by the ship’s captain) that must independently assess the threat and act in pursuit of war objectives.

Despite several advancements allowing for a more precise targeting of platforms, the logic of maritime operations hasn’t fundamentally changed. As a result, naval missiles haven’t been invested with any serious intelligence to make command decisions to target enemy units. While their ability to strike targets has been radically enhanced—through the use of superior onboard gyros, computing systems and track radars—the basic mode of operation of cruise missiles remains the same.

In recent years, both the US and China have revealed their plans to develop a dispersed maritime force, with long-range sensors, armor protection and networking technologies. Increasingly, precision-guided munitions and drones are using satellite-based navigation systems and inertial navigation backups to target enemy systems. Despite the prospect for greater autonomous maneuvering, however, both the US and China appear to have desisted from developing missile systems with artificial intelligence.

In part, that may be a consequence of a debate surrounding AI and autonomous naval platforms. While the developments in AI have the potential to radicalize naval operations at sea, many maritime practitioners are uncomfortable with the use of unmanned and autonomous systems in combat—particularly the development of lethal autonomous weapons systems (LAWS). The ethical dilemma arises from the LAWS ability to kill people, and the policymakers’ reservations about inanimate systems that can take decisions to terminate lives.

The ethical dimension of using ‘intelligent’ weapons is important because international humanitarian law—that which governs attacks on humans in times of war—has no specific provisions for such autonomy. The 1949 Geneva Convention on humane conduct in war requires any attack to satisfy three criteria: military necessity; discrimination between combatants and non-combatants; and proportionality between the value of the military objective and the potential for collateral damage. Evidently, these are subjective judgments no current AI system seems able to fully to satisfy.

But humanitarian and ethical predicaments don’t seem to be concerning Chinese officials intelligent missiles and combat systems are up for discussion. Beijing’s priority is to highlight President Xi Jinping’s ambitious military modernisation program, and its psychological impact on China’s adversaries. Signaling an ‘intelligent’ cruise missile capability is China’s way of expressing to its adversaries a firm intent to protect its interests.