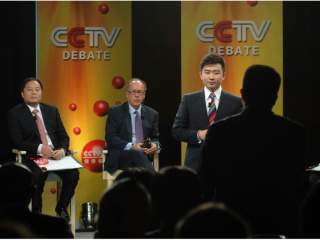 Just as the pen can be mightier than the sword, China’s non-kinetic “Three Warfares” may prove to be far more effective at expanding China’s maritime and territorial boundaries than any arsenal of missiles or fleet of Chinese aircraft carriers.

The Three Warfares were first officially recognized as an important warfighting capability by China’s Central Military Commission and Communist Party in 2003. They include everything from psychological and legal to media warfare.

The goal of China’s psychological warfare is to deter, demoralize, or otherwise shock an opponent nation and its civilian population and thereby discourage the opponent from fighting back. As former White House advisor Stefan Halper starkly revealed in a watershed report to the Pentagon’s Office of Net Assessment in 2014: “It employs diplomatic pressure, rumor, false narratives, and harassment to express displeasure, assert hegemony and convey threats.”

Thus, for example, when China imposes an economic boycott or bans Chinese tourism, it hopes to coerce a Japanese populace struggling with economic stagnation and hungry for prosperity into acquiescing to China’s territorial demands regarding the Senkaku Islands.

As for China’s legal warfare, its goal is to effectively bend—or perhaps rewrite—the rules of the international order in China’s favor. A case in point is China’s campaign to restrict freedom of navigation within its 200-mile Exclusive Economic Zone as defined by the United Nations Law of the Sea Treaty.

In fact, this claim has no legal basis within the context of the actual Law of the Sea Treaty language. Yet China repeatedly and falsely asserts the opposite—in the spirit of the oft-repeated Orwellian axiom “if you say it enough, they will believe it.”

China’s media warfare is, in many ways, the most pernicious. Its goal is to shape public opinion in a way that leads unwary viewers to accept China’s version of events. Heritage Foundation scholar Dean Cheng describes such warfare as a “constant, on-going activity aimed at long-term influence of perceptions and attitudes;” and its use follows Halper’s maxim that “it is not the best weapons that win today’s wars but rather the best narrative.”

The tip of China’s media warfare spear is the Chinese Central Television Network (CCTV)—with a major facility in Washington, D.C. This is a faux twenty-four-hour news channel shrink-wraps China’s propaganda around healthy doses of CNN-style pure news while reaching over 40 million Americans along with hundreds of millions more viewers in the rest of the world.

As a case in point of the power of CCTV, when an incident breaks out between China and the Philippines over disputed reefs in the South China Sea, CCTV is there first to quickly advance China’s narrative—often before the Western media are even on to the story. In a similar vein, when tensions mount over the Senkaku Islands, CCTV will quickly launch a strong offensive blaming “right wing nationalists” in Japan for any incident or escalation.

The dark beauty of the Three Warfares in today’s modern age is that they offer China a new form of non-kinetic weaponry to achieve goals that in earlier times could only be realized through kinetic force. Moreover, the Three Warfares combine in a highly synergistic way.

For example, in many of its territorial disputes in the East and South China Seas, China first asserts false territorial claims based on vague history—that’s the legal warfare. It next projects non-kinetic force in the form of flotillas of white-hulled civilian fleets—that’s the psychological warfare. Finally, CCTV repeatedly portrays a “peaceful China” as a victim of foreign power domination only trying to right an historic wrong – that’s the media warfare.

To date, both the White House and Pentagon have largely ignored China’s Three Warfares and therefore failed to develop a countervailing strategy. However, aggression by non-kinetic means is still aggression—which raises this ultimate question: Why does America continue to trade with a country that is waging war against it and American allies?

This is a very good question for the 2016 presidential debate—and the leading candidates on both sides of the aisle need to be thinking of an appropriate answer. So please, Donald Trump and Hillary Clinton, what are your views on the Three Warfares of China? Do you see them as acts of war against America and its allies in Asia; and if so, what do you intend to do in response? And please Senators Cruz, Rubio and Sanders, tell America’s voters what you intend to do to defend the United States and its allies in Asia like Japan and the Philippines against China’s Three Warfare doctrine.

Peter Navarro is a professor at the University of California-Irvine.  He is the author of Crouching Tiger: What China’s Militarism Means for the World (Prometheus Books), ranked by The Globalist as a Top Ten book of the year. For more information and access to interview clips from the companion film, visit  www.crouchingtiger.net.