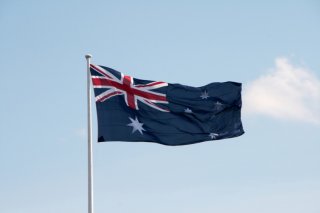 This was the 18th Defence Strategic Dialogue between Australia and China, not a number that normally commands particular excitement in the crowded schedules of top-brass summitry. However, the Australian reported that this meeting was accompanied by an agreement to “upgrade” Australia-China defence and security relations, including stepped-up cooperation on counter-terrorism, peacekeeping and senior personnel exchanges. The newspaper heralded this as a “positive sign of a maturing bilateral relationship.”

Readers, foreign and domestic, could be forgiven for assuming that Australia and China had conspired to catapult their defense relations onto a new strategic plane. It appears, however, there may be less to this than meets the eye. The Australian's primary source for details of the agreement was a Chinese communiqué obtained by the newspaper. China's claim that the visit yielded ‘major outcomes’ should be treated with caution. As the Australian's Brendan Nicholson pointed out, the media release from the Department of Defence headquarters in Russell Hill makes no reference to any agreement, saying only that the annual defence dialogue is an “important aspect of the broader relationship.”

The lopsided reporting on the visit suggests Chinese sources were the only ones initially available. Australian media were not invited to the ceremonial welcome for General Fang, whereas Chinese media were notified in advance. Russell Hill's minimal communications suggest the Department of Defence wanted to keep this visit low key. However, there is more to this than the ruffling of media feathers. Without corroboration from Canberra, greater scepticism was surely merited before the Australian accepted the Chinese communiqué at face value. China's intention to 'big up' the results of the dialogue between the two countries' top-ranking military officials was clear and unsurprising. Predictably, China's media lost no time before quoting Air Chief Marshal Binskin touting the agreement as “a massive win for peace in the region.”

The Australian's editorial reports that a “robust” exchange took place on the South China Sea. Yet the editors' claim that “the new engagement should ideally put Australia in a better position to assert a restraining hand on Chinese expansionism in the region” smacks of fantasy. From Beijing's perspective, an agreement to upgrade the defense relationship—however modest—presents an opportunity to pocket a concession and to drive a wedge between Washington and its closest regional ally, at a time when Canberra is supposedly “on the same page” in regard to the South China Sea.

To be clear: I am not arguing for any downgrading of the Australia-China military relationship (though I stand by my suggestion that last month's South China Sea joint live-fire naval exercise could have been cancelled). Maintaining a two-way channel to the higher echelons of China's military is important, including 'open and frank' exchanges on the South China Sea of the kind we are told took place last week. The US military values its links with the People's Liberation Army (PLA), and Australia should utilise whatever influence and confidence it has built up with Chinese uniform counterparts.

However, the Australian's view that “Beijing's willingness to engage in closer ties with our defence forces is an indication that Australia has nothing to lose in challenging Chinese coercion in the region,” entirely misses the point that Beijing sees value in courting Canberra's defence leaders to make a strategic point to Washington and Tokyo. If this sounds like a storm in a teacup, don't forget so did the sale of Darwin port until American officials learned about it in the media.

I also fail to see why, as the Australian claims, “striking a deal for military cooperation” with the PLA is assumed to be inherently desirable. Cooperation in disaster relief and peacekeeping is harmless enough, but embracing China as a military ally against counter-terrorism on the assumption this is “in the interests of the West, and of Southeast Asian nations,” needs careful forethought.

China has legitimate interests in combating international terrorism. But there are risks associated in legitimising China's suppression of its Uighur Muslim population under the banner of countering 'Jihadists', especially now this extends to Uighurs deported from Southeast Asia.

Conspicuously absent from media commentary around the reported military agreement with China was any reference to the cyber attack on the Australian Bureau of Meteorology, a story broken by the ABC on December 2. Australia's intelligence agencies have expressed a high degree of confidence that the attack, which occurred in September and could cost hundreds of millions of dollars to fix, originated in China. It would be interesting to know if Australia raised the cyber attack in the Defence Strategic Dialogue, particularly given Defence receives a live data feed from the Bureau.

It would also be helpful to the public interest if the Department of Defence could clarify the nature of any new cooperation agreement with China.

Euan Graham is Director of the International Security Program at the Lowy Institute. He has been a close observer of East Asian security affairs for more than twenty years, in academia, the private sector, and for the British Government.

This article originally appeared in the Lowy Institute’s Interpreter.