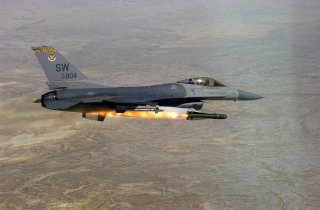 In a remarkable public speech at ASPI’s Future Surface Fleet conference last month, the Commander of the US Pacific Fleet—Admiral Harry B. Harris—criticized China for engaging in an “unprecedented land reclamation” effort, creating a “great wall of sand” in the South China Sea (SCS). He went on to point out:

“When one looks at China’s pattern of provocative actions towards smaller claimant states – the lack of clarity on its sweeping nine-dash line claim that is inconsistent with international law and the deep asymmetry between China’s capabilities and those of its smaller neighbors – well it’s no surprise that the scope and pace of building man-made islands raise serious questions about Chinese intentions.”

As usual, China’s government had a different understanding of the augmentation of large features in the Fiery Cross Reef and seven other such locations. For instance, Foreign Minister Wang Yi declared in early March that Beijing was only “carrying out necessary construction on its own islands and reefs.” He insisted the measures did “not target or affect anyone,” and that China sought to “bring harmony, stability and prosperity to the neighborhood.”

Such statements ring increasingly hollow to the rest of the region. Indeed, it’s hard to not agree with Admiral Harris’ analysis and worry about the immediate and long-term security consequences for the region. Let’s face it: China isn’t interested in exercising constraint and alleviating regional concerns about its efforts to coerce neighbors into accepting its claims in the ‘nine-dash line’. Instead, Beijing is gradually widening the scope of its military activities in the SCS, turning this vital region into an increasingly volatile and dangerous zone.

The build-up of artificial features in the contested SCS archipelagos has become an increasingly important component in this endeavor. Recent satellite imagery of Chinese activities in the Fiery Cross Reefs and the Paracels show concentrated efforts to build airstrips with runways in the vicinity of 3,000 meters. Similar efforts are appearing at Subi Reef in the Spratly Islands; the disputed Mischief Reef might be the next candidate.

Airstrips of about 3,000 meters will be enable the People’s Liberation Army (PLA) to conduct operations of major military aircraft and other systems. As Andrew Erickson points out, this could include fighter aircraft such as the multirole J-11; electronic intercept; airborne early warning and control; and tanker aircraft. As well, the deployment of long-range radars and advanced missile systems can be expected. The PLA could also increase its anti-submarine warfare (ASW) coverage in the SCS through using ASW helicopter landing pads. Finally, we will probably see the construction of port facilities for logistics, coast guard and navy vessels.

These structures won’t only increase China’s ability to intimidate its smaller neighbors through military coercion. They’ll also strengthen its capacity to impose an Air Defense Identification Zone (ADIZ) in the SCS should it choose to do so.

Through its “great wall of sand,” China continues to nag away at the foundations of the established maritime regional security order. The likely consequences are far from trivial. First, China’s maritime assertiveness will increasingly turn the SCS into a permanent “grey zone’—a tense situation between peace and war, with a high degree of mutual distrust between China and other claimant states, particularly the Philippines and Vietnam.

Second, other claimants will look increasingly to the United States to deter China, inviting Washington to increase its military presence in the region. That’s a positive but comes at the expense of greater US-Sino strategic competition in the South China Sea. At a minimum, increased PLA activities from its new features will significantly enhance the risk of close calls between US and Chinese military aircraft operating in the area. (PLA pilots have, in the past, displayed very risky behavior, flying dangerously close to US aircraft and ships.)

Third, regional countries will increase efforts to build-up their own defense capabilities. Finally, the US will look to its Japanese and Australian allies to play a more active defense role in maritime Southeast Asia. This will include planning for possible coalition contingencies in the SCS. For instance, the newly revised Guidelines for Japan–US Defense Cooperation allow Japanese ships to supply and (possibly) protect US warships in the SCS. Despite Chinese protests, many Southeast Asian countries are likely to welcome greater Japanese defense engagement.