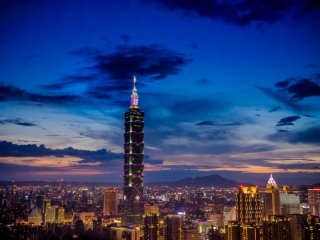 In late April, I spent several days in Taiwan as part of a Council on Foreign Relations delegation. We met with a wide range of officials from the major political parties, including President Ma Ying-jeou, President-elect Tsai Ing-wen, President of the Legislative Yuan Su Jia-Chyuan, and Kuo Chang-huang, a first-term legislator. It is a period of political transition from eight years of Kuomintang (KMT) leadership under President Ma to a government led by the Democratic Progressive Party (DPP) with Tsai at the helm. And waiting in the wings is the brand new New Power Party (NPP), which was born out of the 2014 Sunflower Movement, and earned itself five seats in the most recent Legislative Yuan elections.

Our meetings made three things clear to me. First, officials from each party have their own distinct set of priorities, but all share a finely-honed pragmatism. For Ma and the KMT, the priority is preserving and extending the legacy of cross-strait peace and stability that it believes derives from its success in enhancing ties with Beijing.  Even as it begins the process of winding down, the KMT is still committed to seeing through agreements with Beijing on issues such as trade in goods and services.  The road ahead will be tough given its losses in both the executive and legislative branches. The DPP and Tsai, in contrast, were all about domestic politics—pushing forward on grand-scale job training and affordable housing programs, and seeking to tap into the energy and capabilities of the island’s young people.  Reinvigorating Taiwan’s economic presence on the global stage is also front and center for the next administration, although, here too, the path forward is somewhat murky. The New Power Party was represented by a trio of young, dynamic, and edgy politicos, seeking to consolidate and expand their gains, while pushing for greater independence of action from Beijing. No one is calling for Taiwanese independence tomorrow.

Second, China is succeeding in its aim of influencing politics in Taiwan during the transition, but not in the way it desires. Beijing began the year by reversing its eight-year tacit understanding to not establish diplomatic relations with countries that recognize Taiwan (thereby giving the island nation a semblance of sovereign international status) and resuming ties with Gambia. Next, it successfully pressured Kenya to deport as many as forty-five Taiwanese (the number is in dispute) to the mainland as part of a larger set of arrests of suspects in a telecom fraud ring. Despite Taiwan’s vehement protests (and a previous agreement between Taipei and Beijing to manage their own citizens in such cases), Beijing has not relented. Taiwan has sent a ten-member delegation to Beijing to try to negotiate their release. (Notably, Malaysia, which faced a similar demand from Beijing, repatriated the Taiwanese citizens back to Taiwan not to the mainland.)

Beijing may think that it is firing a warning shot across the bow to Tsai by demonstrating just how much Beijing can take away if the president-elect doesn’t toe the line. Instead, however, Beijing’s actions are undermining its best partner in the Taiwanese government, President Ma, making it nearly impossible for him and his team to claim that under KMT rule Taiwan made real and sustainable progress in its relationship with the mainland. After all, if the presumed gains of the past eight years can be wiped out in the space of three months, it only reinforces the sense among many in Taiwan that Beijing cannot be trusted.

Finally, after falling off the American radar screen over the past eight years, Taiwan is quickly edging its way back on. The next administration needs to keep its eye on the final objective—“that cross-Strait differences be resolved peacefully and according to the wishes of the people on both sides of the Strait.” This means we don’t help stir the pot on Taiwan and we don’t sell-out Taiwan for some ephemeral grand bargain with Beijing. Taiwan may be small but it is not a small matter. At stake is not only our relationship with Beijing but also American values and principles, which are exemplified by Taiwan’s vibrant and determined democracy.

This piece first appeared courtesy of the Council on Foreign Relations here.