Chinese Media: North Korea Will "Cross the Point Of No Return" with Sixth Nuclear Test 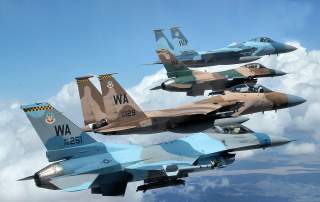 North Korea is nearing the “point of no return” as the reclusive regime prepares for a possible sixth nuclear test, Chinese media reports.

“The game of chicken between Washington and Pyongyang has come to a breaking point,” the Global Times, a nationalist Chinese newspaper managed by the state-run People’s Daily, writes. “If North Korea carries out a sixth nuclear test as expected, it is more likely than ever that the situation will cross the point of no return.”

“All stakeholders will bear the consequences, with Pyongyang sure to suffer the greatest losses,” the outlet warns.

The Global Times, while sometimes used to test reactions to potential foreign policies, does not necessarily represent the views of the state, but the warnings appear consistent with Beijing’s recent actions. Chinese media has issued several warnings to Pyongyang lately in an attempt to prevent a nuclear test and a crisis on the Korean peninsula.

“The North Korea nuclear issue is like a puzzle filled with bombs,” the paper explains, “Once the U.S. [launches] surgical strikes against North Korea’s nuclear and missile facilities, the Pyongyang regime will be forced to make a life-or-death decision.”

The Global Times argues there is no future for the North Korean regime if it continues on its present course.

China is caught between a rock and a hard place, between Washington and Pyongyang. "Washington hopes that Beijing can contain Pyongyang from conducting its nuclear activities, as if such an effort is as easy as saying abracadabra,” Chinese media accurately notes. “North Korea, on the other hand, hopes China will pile more pressure on the US and South Korea to stop their threats of war. Beijing cannot possibly satisfy both sides.”

President Donald Trump has said that he is eager to see China rein in North Korea, but he has also stated that the U.S. will take matters into its own hands if China does not come through.

“If you see [Kim Jong Un] attack a military base, if you see some sort of intercontinental ballistic missile, then obviously we’re going” to respond with force, U.S. Ambassador to the United Nations Nikki Haley said Monday on NBC’s “Today Show.”

Replying to questions of how the U.S. might respond if North Korea tested a nuclear weapon or an ICBM, Haley said, “I think then the president steps in and decides what’s going to happen.”

The Trump administration has been working with allies and partners, including China, to rein in North Korea. At the same time, the U.S. has been moving strategic assets — nuclear submarines and aircraft carriers — into the region. The administration has repeatedly stated that while it hopes to resolve this issue peacefully, all options are on the table.

North Korea’s weapons program is advancing at an accelerated pace.

The North has tested two new ballistic missiles — the KN-15 mid-range missile and the KN-17 anti-ship ballistic missile — this year. North Korea has also tested high-thrust rocket engines for a potential ICBM, which Pyongyang claimed it was close to testing in January. Additionally, regular activity around the Punggye-ri nuclear test site has the observers concerned that the North may soon conduct a sixth nuclear weapons test.

Defense experts estimate that the North is capable of producing a nuclear bomb every six or seven weeks, reports the New York Times. Experimenting with higher explosive yields, improved warheads, and missiles with greater ranges, the North is steadily raising the threat to its neighbors and, eventually, the U.S.

“The most immediate challenge is the situation on the Korean Peninsula. Kim Jong Un’s regime has thrown its full weight behind its quest for nuclear weapons and the means to deliver them. And unfortunately, the regime is making real progress,” GOP Arizona Sen. John McCain explained Tuesday at a hearing on U.S. policy and strategy in the Asia Pacific. “A North Korean missile with a nuclear payload capable of striking an American city is no longer a distant hypothetical, but an imminent danger—one that poses a real and rising risk of conflict.” The situation on the peninsula is rapidly escalating.

Trump calls North Korea a “real threat to the world” and an “urgent security challenge.” The administration is determined to resolve the crisis on the peninsula, one way or another, and a sixth nuclear test might push the president to call for a solution through the use of military force. It is unclear if the either side will, as the Global Times puts it, “roll the dice in this crazy gamble.”