Choosing A New Trainer Might Prove Challenging For The Air Force 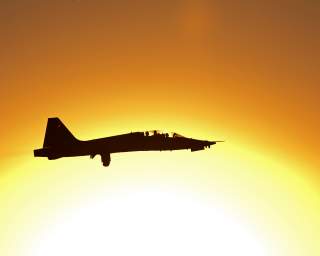 Later this year, the U.S. Air Force will select a company to build a new jet trainer designated T-X to replace the aging T-38 Talon. Although not a large procurement, the Air Force plans to acquire just 350 aircraft, it is an important one. The Air Force’s fleets of fifth generation fighters, the F-22 and F-35, do not include two-seat trainer variants. The next-generation trainer will provide means for new pilots to transition from basic flight training to operating the most sophisticated jet aircraft in the world. Thus, the new trainer must include advanced performance features, modern avionics and sufficient speed to provide trainees with the necessary skills to move into the cockpit of a fifth-generation fighter.

Three companies have submitted final proposals for the T-X. Boeing, teamed with Saab, is proposing a clean sheet design. Lockheed Martin is offering a variant of the Korea Aerospace Industries T-50. DRS Technologies, supported by its parent company, Leonardo, is proposing the T-100, a modified version of the M-346. In addition to the aircraft, the three companies are including a full pilot training system including state-of-the-art simulators and ground-based training aides.

One might think that picking a winner would be easy. The T-X is intended to perform only one mission. It is not going to see combat. The number being procured is relatively small. Compare the T-X decision to the trials and tribulations of selecting an advanced fighter, a new aerial refueling tanker, the KC-46, and a new bomber, the B-21. Selecting a winner for the T-X should be a “no brainer.”

Yet, there are a lot of factors that need to be considered in the selection of a new advanced jet trainer. Clearly, cost will be an important consideration. The way the Air Force wrote the request gave many in the aerospace and defense community the sense that the lowest price offering, so long as it met a set of baseline performance standards, would be selected. Given that the Air Force has in mind an expensive long-term modernization program for fighters, bombers, tankers and intelligence platforms, saving money on the T-X program is highly desirable.

But price alone can never be the only consideration in awarding a contract. Evaluators must also assess a number of risk factors. One of these is technical risk or, said another way, technical maturity. How likely is it that all the systems and components of the T-X training system will operate as expected and to the standards predicted for them from the start? Typically, extensive testing is required in order to work out all the bugs in a new or modified platform.

Related to technical risk is production risk. It is one thing to design a new or modified aircraft on paper or build prototypes, but quite another to design one that can be built in numbers on a production line. There are many examples of aircraft design modifications required in order to solve a production bottleneck. In addition, there is the learning curve. Production line workers get better at their jobs over time.

Then there is schedule risk. The aging T-38 will be retired in the 2020s. Over this same period, the Air Force will need to train hundreds of pilots for the F-22 fleet and growing number of F-35s. Consequently, the winning platform in the T-X competition must be able to enter production at the beginning of the next decade in order to avoid a trainer gap.

There is also resource risk. With tight budgets projected for the rest of the decade, and a number of critical modernization programs all ramping up in the 2020s, any delay in the T-X schedule could ripple through the Air Force’s procurement budget. Such a delay also would put additional pressure on the T-38 fleet. The longer the Air Force has to hang on to its T-38s, the higher its overall logistic and maintenance costs.

Sustainability should be another consideration in selecting a winner of the T-X competition. The new jet trainer and supporting training systems will be in service for decades. Typically, some 70 percent of the total cost of any weapon system is experienced after procurement. It is possible that high sustainment costs could negate a low initial price for a military platform.

The quality of simulators is becoming an ever more important consideration in the selection of training systems. The use of simulators and other training aids can save the Air Force money and reduce wear-and-tear on aircraft. In addition, the Air Force lacks sufficient modernized training ranges to meet all its needs. As a consequence, more training must be done at the home station. The more the Air Force can employ synthetic environments in lieu of flying hours, the better. In making their selection for the T-X winner, the Air Force evaluators will need to assess the overall training system’s contributions as well as the performance, price and sustainment of the aircraft.

The T-X competition is not large in terms of the number of aircraft to be acquired and the programs’ total cost. But it is an important acquisition program. In making their decision, the Air Force’s proposal evaluators should weigh all the factors that are likely to impact the program, not just price.