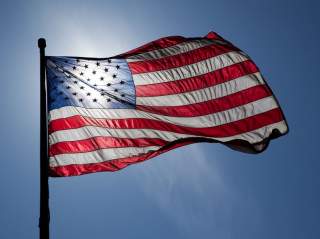 Fifty years ago today Lyndon B. Johnson signed the Civil Rights Act into federal law.  The Voting Rights Act followed just one year later.  Both pieces of legislation were important nails in the coffin of Jim Crow, the oppressive system of laws that had segregated the American South along racial lines since the end of Reconstruction.  A corollary was to reshape U.S. party politics and, by extension, foreign policy for generations to come.

As well as keeping African-Americans subjugated and disenfranchised, Jim Crow had been the political foundation of the Democratic Party’s century-long lock on the so-called Solid South.  In approving the Civil Rights Act, Johnson is said to have confided that he had signed away the South “for a generation.”  The president knew that white segregationists would not forgive the national Democratic Party for supporting civil rights.  Although he hoped (misguidedly) that newly enfranchised blacks would be enough to buoy the Democratic vote share, Johnson was mostly clear-eyed that embracing civil rights would mean losing the South.

Johnson’s concerns were well founded.  Beginning with Nixon and his so-called “Southern Strategy,” the Republican Party in the late 1960s began a long march towards absorbing disaffected Southern Democrats and establishing political control over the South.  The process was slow, only to be more-or-less completed by the 2000s, by which time most of the old Confederacy was reliably GOP territory.

The reconfiguration of America’s political landscape translated into new partisan differences over policy, many of which last until this day, particularly when it comes to the military.  By the mid-1960s, the American South was home to some of the biggest beneficiaries of the Cold War military-industrial complex.  Although the “gun belt” is not strictly coterminous with the South, there is considerable overlap: military bases were disproportionately located below the Mason-Dixon while arms manufacturing and related industries brought much needed jobs to a region with historically low income levels compared to the rest of the United States.

As part of the Democratic fold during the 1940s, 1950s and 1960s, the South had thus been a linchpin of the party’s support for containment of the Soviet Union and the massive investment in military hardware that containment entailed.  As southern votes migrated towards the GOP, however, so too did these preferences for privileging the defense industry.  Crudely put, a switch in partisan preferences took place: the Republicans becoming hawks and the Democrats doves.

Consider the differences between the Truman, Kennedy and Johnson administrations—each of which oversaw over massive increases in defense spending—and the post-Civil Rights Act administrations of Carter, Clinton and Obama—none of which are known for having lent robust support for investment in the military.  On the Republican side, the contrast is equally striking: Eisenhower and even Nixon sought to curb defense expenditure while their firmly post-Civil Rights Act successors (particularly Reagan and George W. Bush) were emphatic supporters of expanding the size of the military.

The history of civil rights is intimately connected with America’s history as a global power. Law professor Mary L. Dudziak once argued that the Civil Rights Act was, as much as anything, a foreign policy scheme concocted to improve America’s international image in the context of the Cold War.  From Dudziak’s perspective, U.S. foreign policy objectives drove political decision-making on the home front.  Yet the causal arrow also points in the other direction—that is, the domestic realignments of the civil rights era had a significant impact upon the nation’s external posture, much of which has carried through to the present day.