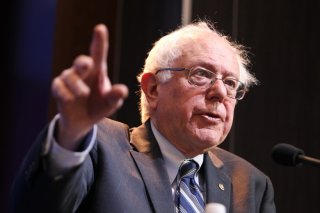 Presidential debates can have a big impact on who becomes the next chief executive of the United States. The 1960 Nixon–Kennedy debate and the 1980 Carter–Reagan debate had a large impact on the eventual winner. The 2008 debates between Obama and Clinton, and Obama and McCain helped Obama not only capture the Democratic nomination, but get overwhelmingly elected.

In looking at last night’s debate, four things stand out:

First, Secretary Clinton, who as the frontrunner had the most to lose, handled herself extremely well. She parried concerns about her vote for the Iraq War by pointing out that Obama, who had criticized her for it in 2008, hired her as Secretary of State. Similarly, she alleviated concern about her vote for the Patriot Act by blaming former President Bush for abusing the authority granted him under the Act, by allowing NSA to collect mega data. Moreover, Secretary Clinton handled the flip flopping charge by pointing out that men and women change their views over time and particularly when receiving more information.  Finally, her performance made it less likely the Vice President Biden will have to jump in to “save the party” for the general election.

Second, if, as it seems likely, Secretary Clinton does get the nomination and goes on to be elected president, she owes a great debt to Senator Sanders, her chief opponent, and to House Majority Leader Kevin McCarthy, particularly the former. When the subject of Clinton’s emails came up, Senator Sanders not only jumped to her defense but told the audience that the country had more pressing problems. He did this in spite of the fact that Clinton had criticized his position on gun control. Secretary Clinton herself was able to use McCarthy’s remarks to claim that the whole controversy was a political witch hunt.

Third, Webb and O’Malley handled themselves well but did not receive much time. In fact, between the two of them they had less time than Clinton. Webb pointed out that given his combat experience (in fact he was the only one of the candidates to have served in the military,) service in the Pentagon, and the Senate, he was the most qualified of the candidates to be Commander in Chief. O’Malley, a former mayor and governor, has more executive experience than the other candidates combined and therefore would be ready on day one.

Fourth, Clinton and Sanders gave unexpected but critically important answers to the question of what is the greatest national security threat to the United States. According to Sanders, it is climate change, and Clinton, nuclear security. Both of these areas, which do pose great long term challenges to the U.S., often get ignored and overlooked when political leaders have to focus on the more immediate, but less critical challenges, like ISIL.

As the Democrats move on to the next five debates, it will be interesting to see if they can maintain the same levels of substance and civility and the same distribution of time.