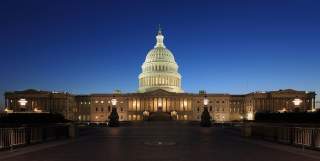 Few things make Americans more upset than a threat to the Social Security program that they have spent years paying into.

That is why a Facebook video of Sen. Rand Paul, R-Ky., raising a point of order against the 2015 budget deal has been viewed more than 76 million times.

Some of us in the Senate wanted to reform SSDI and put it on a stable fiscal path.

But instead, the majority of senators thought it would be easier to steal $150 billion from the Social Security trust fund, thus moving up the date that that system is scheduled to go bankrupt, and provide a temporary patch to SSDI instead.

SSDI spending has grown more than six-fold in the last 40 years, and in the last 10 years alone we’ve added almost 3 million more people to the SSDI payroll.

Inflation alone cannot account for this growth rate, and with the advances made in medical technology, enrollment rates should be going down.

However, that is not the case, and we can’t keep stealing from the Social Security trust fund to bail out the SSDI program. We need real reforms that will both make it easier for recovering Americans to return to work and make the program solvent.

This is why, earlier this month, Sens. Marco Rubio, R-Fla.; Tom Cotton, R-Ark.; and I introduced the Return to Work Act of 2017.

When SSDI was originally created and passed, very few lawmakers saw it applying to temporary, physical ailments. Rehabilitation and moving people off the SSDI program and back into the workplace was not one of the program’s main goals.

As the years continued, this remained an issue as SSDI continued to grow and bloat with well-intentioned inefficiencies. While SSDI was originally intended to be a temporary safety net, it more often became a long-term snare.

The Return to Work Act of 2017 addresses these problems by creating new SSDI categories based on expected chance for recovery, the applicant’s ability to work while on disability, and their timeline to re-entry into the workforce.

It also creates flexibility in case rehabilitation plans do not go as expected. In other words, this legislation makes it easier for those who can recover to return to work, while also making the program solvent.

If we can raise the return to work rate of SSDI beneficiaries by even 1 percent, we will save billions of dollars and stop SSDI from going insolvent.

Passing the Return to Work Act of 2017 is one of many steps we can take this Congress to curb government inefficiencies and spur community and self-reliance.

It helps turn SSDI into a nuanced, solvent safety net, and stops the fiscally irresponsible cycle of stealing money from one program to try and save another.

Mike Lee is a Republican senator from Utah.