Could this Court Case Strip China of Its South China Sea Claims? 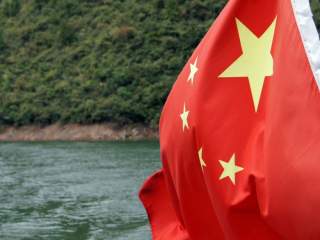 From November 24 to 30, the UN-backed Permanent Court of Arbitration (PCA) convened in The Hague to hear oral arguments on merit in the The Republic of Philippines v The People’s Republic of China case over competing claims in the South China Sea. After ruling at the end of October that the international tribunal had the jurisdiction to hear the case, the first round of arguments saw the Philippines present their claims to the tribunal supported by evidence and witnesses. The PCA is currently expected to hand down a final judgment in the case as early as mid-2016, and that judgment—even though it will focus narrowly on the specific issue of competing Chinese–Philippine entitlements—is widely anticipated to discredit the majority of China’s claims in the South China Sea.

If the tribunal does hand down an unfavorable judgment for China, what happens next? The PCA has no enforcement mechanism, so to what lengths will the Philippines, the U.S. and other stakeholders go to ensure China abides by the ruling? The South China Sea disputes are far from being just a collection of bilateral issues, so what happens post-arbitration in the South China Sea has serious implications for the future of the regional order. With June 2016 only six months away, let’s take a quick look at three potential ways the situation could play out if China is handed an unfavorable ruling.

1: China abides by the ruling

The ideal situation (for the Philippines, other claimant states, and the US) would see China abide by an unfavorable ruling. Under Article 288 (4) of UNCLOS, the ruling of the tribunal is binding, even with China’s non-participation in the tribunal proceedings, and as a UNCLOS signatory, China has an obligation to act in good faith by upholding whatever ruling the tribunal reaches. Abiding by the ruling would therefore demonstrate that China intends to respect and uphold international law, something naturally reassuring to its nervous neighbors.

As desirable as it would be, China is highly unlikely to abide by such a ruling. It would be extremely difficult at home for a legitimacy challenged CCP to loudly proclaim sovereignty over the islands for decades, vow to uphold and protect China’s territorial integrity and then turn around to admit that UNCLOS has ruled their claims are null and void. Abiding by such a ruling might even call into question China’s commitment to upholding its other ‘core interests’ (including Taiwan, Xinjiang and Tibet). For a party that has relied on the twin pillars of economic growth and a strong nationalist message for its legitimacy post-Tiananmen, abiding by the ruling will be nearly impossible for the CCP.

2: China doesn’t abide by the ruling, but the status quo stays somewhat the same

A more likely situation is that China will ignore the ruling, and continue to dismiss the entire tribunal proceedings and any subsequent ruling. That second scenario would see China ignore the ruling but the status quo remain effectively the same, with the region judging the risks of forcing China to uphold the ruling to be too high. China would continue its drive to exercise de facto control over the South China Sea. If China doesn’t abide by the PCA’s ruling and the international community doesn’t step in to uphold it, the ramifications of that scenario would be, in effect, an international acknowledgement that China plays by its own rules. Hopes of engaging China as a responsible stakeholder in the current regional and international orders would be dealt a heavy blow.

3: China doesn’t abide by the ruling, and the US or a coalition of countries in the region take a stand

A third scenario that could eventuate is that China ignores the ruling, and the United States—either alone or in tandem with other regional countries—ramps up international pressure on China to comply with the ruling. Such a situation could see a dramatic increase in U.S. ‘Freedom of Navigation’ operations through the South China Sea, with other countries joining in. International support for the Philippines to enjoy its legal entitlements in the South China Sea would escalate dramatically. The idea that countries like the United States and Australia have sheltered behind previously—that they take no position on who owns which islands—would become much harder to sustain. Furthermore, the Philippines’ claims in the South China Sea may well be covered by the U.S.-Philippines Security Treaty, risking U.S. military escalation.

Whatever judgment the tribunal hands down as early as June 2016 will represent a watershed moment: how China responds to the ruling and the subsequent actions of the international community will shape the future global order. Will we see the continuation of a system based on international law and norms, or the emergence of a more Thucydian world where the strong do what they want and the weak suffer what they must? A major decision point looms before us in the South China Sea.

Mercedes Page is a research intern at ASPI. This article first appeared in the Strategist.