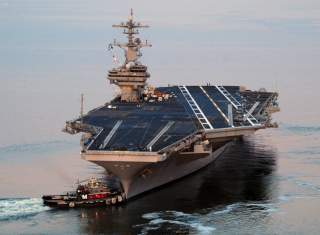 After reading Peter Briggs’ excellent posts on why Australia should build its own submarines (here and here), it occurred to me that we may be missing a more important element of the discussion. Recently, I was involved in considering the nature and implications of disruptive or game-changing technologies in warfare. A common theme was the unpredictable interplay of various and sometimes unrelated technologies in creating a capability leap. Often, the technologies driving a leap had existed or been in development for a long time prior to their convergence.

The discourse here in Washington is that we’re on the verge of a tectonic shift in the way military operations are conducted, and that there are important lessons from history that we should heed. Failure to do so risks our platforms becoming prematurely redundant or having to make costly design changes throughout the process.

Major military platforms are getting more expensive and taking longer to develop than ever before. In his article, Peter assumes initial sea trials in 2025 and full replacement of Collins by 2028. To give some perspective on how the world might have changed by then, consider that the kids graduating from college at that point will likely have been born after the release of the first iPhone. Assuming a traditional life cycle of major platforms, the subs will then need to meet Australia’s operational needs until sometime around 2050. In other words, over 100 years after the end of World War II.

Advances in a range of technologies could change the nature of submarine warfare in a number of critical ways. These technologies aren’t yet operational, but neither are they far off and we can be assured that significant resources are being poured into their development.

We’re starting to see the deployment of a range of military capabilities long consigned to science fiction. We can’t, and shouldn’t, define the requirements for our future military capabilities on idle speculation of what we might need in the future. But we should be considering, debating and analyzing the possible operational future environment and its implications for our requirements.

The potential value of the F-35 isn’t the strengths of the plane itself, but the way it networks with other combatants, sharing and coordinating targeting and other data. The design philosophy that underpins it allows for a new air concept that integrates manned and unmanned platforms, leveraging the inherent advantages of each.

The manned platform could stay in an operational theater for longer, but at a safer distance from a target while the unmanned systems put themselves in harm’s way. The design philosophy and technical requirements for such a sub would be very different to the current generation. In some wargames I’ve participated in, it has been proposed that future submarines could act as underwater aircraft carriers for drones—not that it’s a new concept, or necessarily what Australia would be looking for.

No one can say exactly how any of a range of technologies could impact the operational requirements of future submarines, and we’re not alone in facing those challenges. If the operational lifecycle of the Collins fell in a different timeframe, we could try to extend its service life and wait to see how warfare evolves in the coming years. But our window for action falls on the precipice of change, burdening us with the need to apply even greater rigour to the process.

As we debate the best location and approach to manufacturing our next-generation submarines, we should be investing equal intellectual resources into considering alternative submarine operational concepts and design philosophies. Otherwise, we risk building a state-of-the-art, homegrown fleet of cutting-edge obsolescence.

John Watts is a senior consultant with Noetic Group, Washington DC, and is currently engaged in work on future warfare for the Office of the Secretary of Defense. This piece first appeared in ASPI’s Strategist blog here.