Could South Korea's Submarine 'Sink' North Korea in a War? 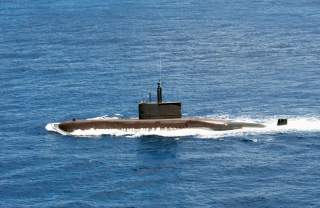